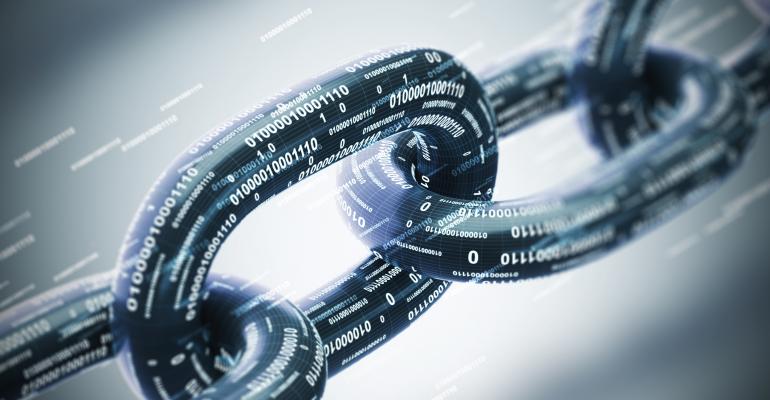 Ahead of next week’s annual developer conference Microsoft Build, the Microsoft blockchain portfolio has grown with the preview of Azure Blockchain Service.

Blockchain has many critics who share a multitude of concerns ranging from security to scalability. But the tides seem to be shifting: In a recent survey of more than 1,000 global executives, Deloitte found that 74% report that their organizations see a compelling business case for the use of blockchain technology.

However, many business leaders have yet to execute on that business case, with only 34% reporting any initiative for some sort of blockchain deployment. Managed services, which simplify the process of getting started with blockchain technology, may be the answer to closing this gap. Ahead of next week’s annual developer conference Microsoft Build, Microsoft announced Azure Blockchain Service on Thursday. It is available in preview.

The new fully-managed Microsoft blockchain service allows users to create and deploy a permissioned blockchain network, which offers privacy and security protections that are unavailable on traditional blockchains because it restricts participants to approved parties.

Microsoft blockchain has been an area of interest from developers for years, with the company having to turn people away from a blockchain-focused session at a previous Build conference.

“Most developers out there today are not blockchain developers and if we can empower them to move further faster on top of this enterprise grade infrastructure, that has to be a step in the right direction,” Microsoft Partner GM, Financial Services & Blockchain, Azure, Matthew Kerner said in an interview with ITPro Today last May.

Azure Blockchain Service takes advantage of familiar Azure tools, which should make it easier for users to get started. Customers can manage consortium policies within the Azure Portal, and add members, set permissions, and execute interactions with Azure Active Directory, Microsoft says. New features that will be added over the coming months include digital token management and support for R3’s Corda Enterprise, an open source blockchain platform.

The first ledger available in Azure Blockchain Service is Quorum, which is built on the Ethereum protocol and integrates with a set of open-source tools and supports confidential transactions. Microsoft has partnered with J.P. Morgan on this rollout, and existing Quorum customers like Starbucks and Louis Vuitton can now use Azure Blockchain Service to expand their networks.

“We are incredibly proud of the success Quorum has had over the last four years as organizations around the world use Quorum to solve complex business and societal problems. We are delighted to partner alongside Microsoft as we continue to strengthen Quorum and expand capabilities and services on the platform.” Umar Farooq, Global Head of Blockchain at J.P. Morgan said.

Microsoft plans to address some of the more tedious processes of setting up smart contracts. Its extension for VS Code allows users to create Ethereum smart contracts, deploy them to the public chain or a private network in Azure Blockchain Service, and manage the code using Azure DevOps. Its Azure Blockchain Dev Kit provides connectors and templates for Logic Apps and Flow, as well as integrations with serverless tools like Azure Functions to simplify integration between applications and smart contracts.

The company also announced that it has finished the first version of its Confidential Consortium Framework (CCF), first announced in August 2017. CCF is an open source system that enables blockchain networks that meet enterprise requirements. The first version integrates with Quorum, and Microsoft has made the source code available on Github.

“Microsoft believes that the best way to bring blockchain to our customers is by partnering with the diverse and talented open source communities that are driving blockchain innovation today,” Mark Russinovich, CTO Azure said in a blog post. “We began this journey in 2015, partnering with the growing communities around Ethereum, R3 Corda and Hyperledger to make those technologies available in Azure. Instead of building our own ledger, or creating a ledger alternative, we have worked to make open source technologies developers love work better with Azure. All of the tooling released this week allows developers to work against both consortium networks in Azure Blockchain Service and with public Ethereum.”