The security news, advice and perspectives that help you defend your business from the latest threats. 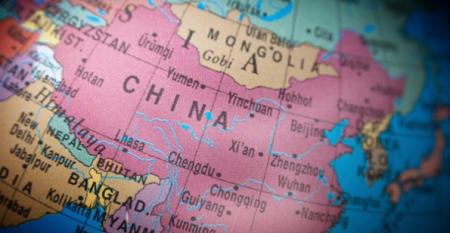 NSA Steps Out of Shadows to Spotlight Where China Hackers Prowl
Oct 20, 2020
The U.S. National Security Agency detailed 25 cyber vulnerabilities frequently used by Chinese state-sponsored hackers in an effort to...

Google Accused by U.S. of Abusing Market Power in Landmark Case
Oct 20, 2020
The U.S. Justice Department filed an antitrust lawsuit against Google, accusing it of abusing its monopoly in...

3 Barriers to Universal Adoption of Biometrics Authentication
Oct 19, 2020
While the use of biometrics authentication is expanding, there are still hurdles to more widespread usage.

Intel's 'Ice Lake': Freezing Out the Bad Guys
Oct 17, 2020
With the newest version of its Xeon Scalable processors, Intel is upping its data security and privacy game.

Washington’s One-Two Antitrust Punch Is About to Smack Big Tech
Oct 13, 2020
U.S. Attorney General William Barr and Representative David Cicilline are far from ideological soulmates. But in a one-two punch, they’re about to take on the country’s biggest technology platforms.

Microsoft Seeks to Defend U.S. Election in Botnet Takedown
Oct 12, 2020
By dramatically dismantling Trickbot’s network, Microsoft and its partners believe they will likely head-off ransomware attacks that could compromise voting systems before the U.S. presidential election.

Sponsor Content
Is Your Data at Risk? There’s a Better Way to Protect Your Backups | ITPro Today Podcast
Oct 08, 2020
...

Another Gang Hides Ransomware Inside Virtual Machines
Oct 07, 2020
The Maze ransomware attack involved a full Windows 7 install and, like in the Ragnar Locker case, was hidden inside an Oracle...
Load More