This topic contains insights and real-world examples around enterprise data security and encryption. 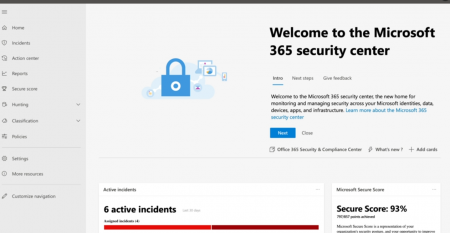 3 Barriers to Universal Adoption of Biometrics Authentication
Oct 19, 2020
While the use of biometrics authentication is expanding, there are still hurdles to more widespread usage.

Washington’s One-Two Antitrust Punch Is About to Smack Big Tech
Oct 13, 2020
U.S. Attorney General William Barr and Representative David Cicilline are far from ideological soulmates. But in a one-two punch, they’re about to take on the country’s biggest technology platforms.

Microsoft Seeks to Defend U.S. Election in Botnet Takedown
Oct 12, 2020
By dramatically dismantling Trickbot’s network, Microsoft and its partners believe they will likely head-off ransomware attacks that could compromise voting systems before the U.S. presidential election.

Sponsor Content
Is Your Data at Risk? There’s a Better Way to Protect Your Backups | ITPro Today Podcast
Oct 08, 2020
...

Another Gang Hides Ransomware Inside Virtual Machines
Oct 07, 2020
The Maze ransomware attack involved a full Windows 7 install and, like in the Ragnar Locker case, was hidden inside an Oracle...

Oracle Boosts Cloud Ambitions With Help From TikTok and Trump
Sep 21, 2020
Executive Chairman Larry Ellison leaned on his company’s close ties to the Trump administration to land the partnership with TikTok Global, which will help fulfill an ambitious strategy to become a credible cloud rival to Amazon.com and Microsoft.

Oracle Beats Microsoft in Deal for TikTok’s U.S. Operations
Sep 14, 2020
Oracle Corp. edged out out rival Microsoft Corp. in negotiations over the weekend for the U.S. operations of TikTok, moving closer toward a deal for the Chinese-owned music-video app that could thwart a threat by U.S. by President Donald Trump to...
Load More