This topic contains insights and real-world examples for infrastructure-as-a-service and platform-as-a-service (IaaS/PaaS) technology and offerings in the enterprise. 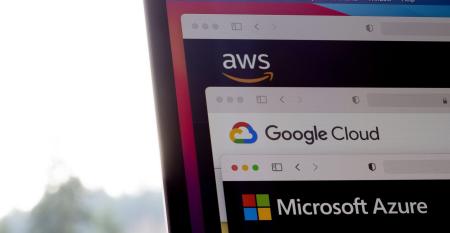 Evaluating the Rise of On-premises IaaS and Its Impact on the Cloud Computing Market
Nov 30, 2022
Understand the new on-premises IaaS market and why it has evolved.

MongoDB Database, Ingenuity Behind 3D Remote Site Visits
Nov 03, 2022
VEERUM opted to build its digital twin technology software on a MongoDB database hosted on AWS. Find out why in...

IT Leaders Embracing Data Sovereignty Strategies
Sep 28, 2022
Data sovereignty policies are a priority at nearly all organizations — and many are turning to hybrid or local cloud service providers to meet their data sovereignty requirements.

AWS Announces Availability of New Cloud Services at NYC Summit
Jul 15, 2022
At the AWS NYC Summit, the cloud giant announced the general availability of its Cloud WAN service, as well as an update on the...

5 Myths About Cloud Pricing
Jun 29, 2022
Don't fall for these cloud pricing myths: Figuring out how much cloud computing will cost you is not as simple as it seems on...

4 Reasons Why AWS Could Lose Its Dominant Cloud Market Share
May 10, 2022
AWS may be riding high in the public cloud arena, but that doesn't mean it couldn't lose its market edge. Here are the greatest threats to the No. 1 cloud provider.