Browse by subcategory
Recent
Recent
Don't Let Your ESM Partner Blame Inflation for Their Rising Costs
Aug 19, 2022
How Not to Waste Money on Cybersecurity
Aug 18, 2022
Getting a Certification Versus Getting a Certification You Can Use
Aug 16, 2022
Office Design for Neurodiverse Employees: Remain Fluid and Adaptable
Aug 16, 2022
Featured
Container-based Storage Ready for Widespread Adoption
Aug 09, 2022
IT Security Decision-Makers Struggle to Implement Strategies
Aug 03, 2022
IT Sustainability in 2022: Top Stories So Far
Aug 01, 2022
AWS Reinforces Cloud Security Efforts at re:Inforce 2022
Jul 29, 2022
Highlights 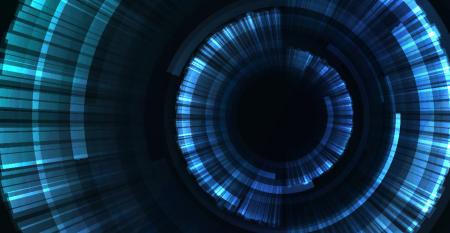 Biden to Sign Chips Bill as US Makers Unveil New Investments
Aug 09, 2022
Micron announced it will invest $40 billion by 2030 to build US memory plants. Qualcomm is partnering with GlobalFoundries, which has a facility in New York state, in a $4.2 billion agreement to manufacture chips.

Rush to Build More Chips Puts Environmental Progress in Peril
Aug 05, 2022
Some projections indicate the industry will double in size over the next decade, meaning efforts to mitigate its climate footprint need to accelerate. Absent pressure from governments, it will largely depend on the chipmakers themselves.

Acorn Labs: Rancher Co-Founders' New Kubernetes Startup
Aug 04, 2022
With Acorn Labs, it appears that four ex-founders of Rancher Labs are offering a lesson on how to sell your startup and own it, too.

How to Use the PowerShell Where-Object Cmdlet
Aug 04, 2022
The Where-Object cmdlet can greatly simplify your search for information on PowerShell. Here’s how to use the cmdlet.

Chipmakers Get $52 Billion in Senate Bill
Jul 27, 2022
The bill is expected to pass the House later this week and then move to Biden’s desk for his signature. In addition to the...

Rocky Linux Releases Its RHEL 9 Clone and a Build Platform
Jul 15, 2022
The distribution isn't winning any speed records, rolling out Rocky Linux 9 about two months after RHEL 9’s release. It makes up for it by introducing the Peridot build platform.

Cormier Steps Down, Hicks Steps Up as Red Hat CEO
Jul 13, 2022
Less than two-and-a-half years after becoming Red Hat CEO, Paul Cormier has resigned from the role. Cormier will remain onboard as the company’s Chairman.

Liberty Mutual’s Container Deployment – From Docker to Kubernetes
Jul 12, 2022
Liberty Mutual made an early bet on containers and continues to expand its approach seven years later. Learn why the insurance firm went all in on container technology.
Load More