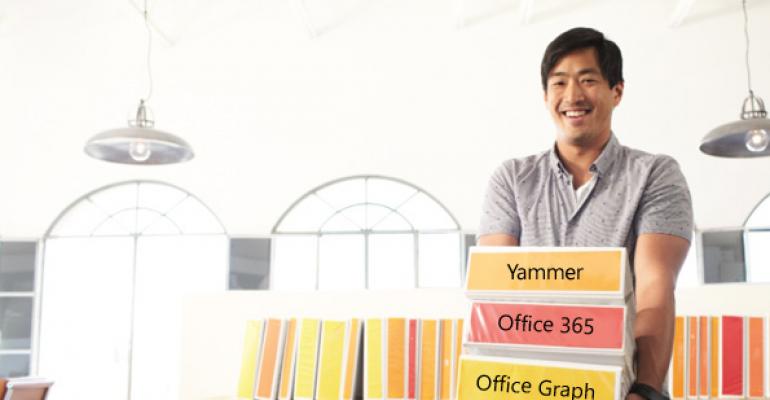 The company brought live event capabilities to two corporate communications tools. Also this week: Amazon wants to help bring deep learning to containerized computing and IT pros are getting frustrated with siloed information.

The ability to host live events — defined by Microsoft as "live video events alongside rich conversation capabilities to everyone across the organization, on any device" — went into general availability for both Yammer and Microsoft Teams. As Microsoft said:

"Live events bring value to communities of any kind, by connecting people around important topics or moments, and fostering two-way discussion and engagement to help communities take important steps toward their goals. The events can be hosted live or on-demand and can be as simple or complex as necessary – allowing up to 10,000 attendees to join and participate whether they are in Steam, Microsoft Teams, or Yammer and leveraging powerful artificial intelligence (AI) features—such as automatic transcription—to unlock the content of the event recording."

Adobe surveyed 1000 self-identified IT decision-makers to identify the challenges large enterprises had in managing customer data and experiences. The top complaint, from 38% of respondents, was integrating legacy systems with new digital systems; more than a third of respondents also struggled to deal with data silos or siloed technology across different departments.

AND THIS WEEK ON ITPRO TODAY:

EU Said to Urge Member States to Share Intel on 5G Cyber Threats — The new measures are aimed at coordinating a European approach to managing cybersecurity risks, following allegations propelled by the U.S. government that Huawei and other Chinese equipment makers could enable spying by Beijing.

Machine Learning Digs Deeper into Azure with Custom Vision, Anomaly Detector — Microsoft's quartet of product announcements underscores its commitment to the cloud, its investment in machine learning as a core component of the modern enterprise, and an expansion of its focus on firstline workers who may not always have high-speed connectivity to the cloud.

Google AI Work in China Spurs CEO Sitdown With Pentagon Brass — The conflict is a risk to Google’s cloud-computing business, which relies on the company’s AI prowess and is a major source of future revenue growth outside of advertising.

The Problem with Continuous Delivery: Defining Continuous — The IT community should spend time thinking about what continuity actually means in the context of continuous delivery

Microsoft's Smith Urges Talk of Tech's 'Legal Responsibilities' — Microsoft Corp. President Brad Smith, whose company does not have a video-hosting site like Google’s YouTube or Facebook Inc., said that tech companies can no longer "think of their platforms akin to a postal service without regard to the responsibilities embraced by other content publishers."

CIA Gives Tech Rivals Chance to Take on Amazon in Cloud Services — The CIA is preparing to significantly increase its reliance on cloud-computing services, with plans to solicit tens of billions of dollars of work divided among multiple tech companies.