Find the latest news and guidance around containers, including Kubernetes, Docker and more. 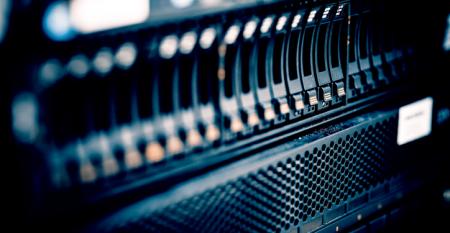 How Kubernetes Could Underpin Edge Computing Platforms
Jan 25, 2021
The container orchestration engine has potential as an edge solution, but much is left to be solved before it can become one.

7 Technologies That Surged or Reemerged in 2020
Jan 11, 2021
Many networking and infrastructure technologies that shined in 2020 will play a major role in the enterprise in...

Office Productivity Suites: Microsoft 365 vs. Google Workspace
Don't miss this comparison of the business-level offerings from the two biggest players in the SaaS office productivity market.

IT Trends to Watch: Container-Native Storage
Dec 22, 2020
The use of containers is exploding in every vertical, making container-native storage a much-buzzed-about trend in enterprise IT. Here's what you need to know.

A Cloud-Native World Pushed Service Meshes Forward in 2020
Dec 21, 2020
Service meshes debuted in 2017, but it really broke big in 2020 due to the increased complexity of the cloud-native world.

2021 Top Enterprise IT Trends Report
Dec 17, 2020
We’ve identified the key trends that are poised to impact the enterprise IT landscape in 2021. Find out why they’re important and how they will affect IT pros.

Google Anthos Is Starting to Make Inroads in Colocation Data Centers
Sep 18, 2020
The Kubernetes platform has received much attention as a multicloud solution, but its utility extends beyond public clouds.

Bottlerocket: AWS's New Linux Distro for Containers
Sep 11, 2020
Although the distro is available on its cloud now, its real value for AWS may come down the road, if other vendors adopt it for...

Is Kubernetes Changing Data Centers in Perceptible Ways?
Aug 26, 2020
Containerization has promised to carry the torch further after virtualization catalyzed a re-imagining of the data center. Has it delivered?
Load More