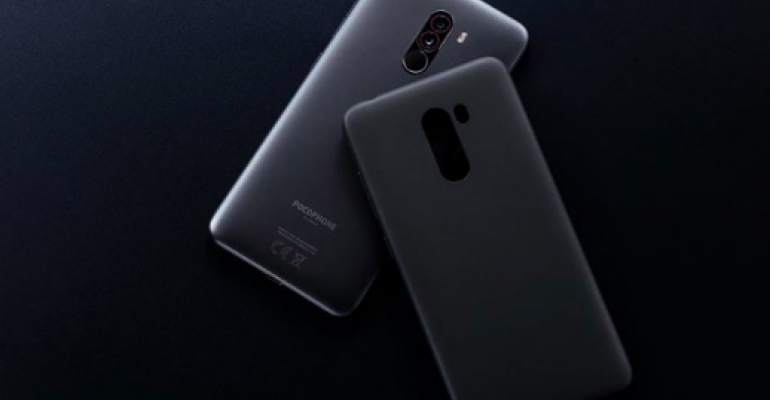 Pocophone F1: Will This Cheap Phone Cost You in the End?

For U.S. users, a cheap phone with higher-end capabilities is something of a curiosity as devices such as the new iPhone models push past the $1,000 mark.

Xiaomi’s new Pocophone F1 smartphone has started shipping after creating buzz around its unusual mix of high-end features and budget price. The Pocophone F1 launched in India and is rolling out to other markets, but the device raises the question of whether the device's balance of capability and price (in the $300 range) will be attractive to U.S. companies and consumers.

“The price is very aggressive for a Snapdragon 845-based phone and should garner some interest, even if limited to users who are more focused on specs,” says Bryan Ma, vice president of client devices at IDC.

The F1 uses some lower-cost components but doesn’t skimp on speed. It ships with Qualcomm’s latest processor, the Snapdragon 845, which is also found in the Samsung Galaxy S9 and Note9, along with the HTC U12+ and the upcoming Google Pixel 3. The F1 has a large screen (6.2-inch, 1,080 x 2,246 display), dual rear cameras, 20MP front-facing camera and a large 4,000mAh battery. Users can unlock the phone with a rear-mounted fingerprint scanner, and an infrared-assisted face-unlock feature is designed to work even in the dark.

The phone’s LiquidCool technology uses a copper heat pipe to quickly dissipate heat from the CPU, which may appeal to those who need to run processor-intensive apps or games. The phone also comes with a microSD card slot (up to 256GB), a headphone jack, Quick Charge 3.0, 6GB of RAM, 64GB of storage, and an Adreno 630 GPU.

The F1 currently ships with Android 8.1 Oreo, but should be running Android P by the end of the year, according to Xiaomi.

Budget Android phones--like some from Motorola and Nokia--can be found for less than $300, but they tend to offer a bare-bones set of features, use older processors, and cast off functions like fingerprint scanning to cut the price.

The new Xiaomi phone uses an older version of Gorilla Glass 3 (versus the current 6 version), and polycarbonate (plastic) backing, though a pricier, heartier “armored” Kevlar version is available for about $130 more than the base price. Other potential drawbacks include a lack of image stabilization on the cameras and no NFC for wireless transactions.

For U.S. users, a cheap phone with higher-end capabilities is something of a curiosity as devices such as the new iPhone models push past the $1,000 mark. But getting the new device in order to actually test it in action may be a challenge in the short term.

“Distribution will be a big challenge for Xiaomi ... given how operator-centric the U.S. is,” IDC’s Ma says. “Xiaomi could try to sell unlocked phones online, but mainstream users are more accustomed to buying through operators. Those mainstream users also likely to be less interested in the processor and instead looking more for the overall user experience, brand, and servicing capabilities that come from the likes of Apple and Samsung.”