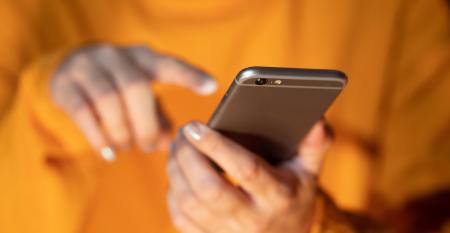 India Unveils Mobile Operating System in Self-Reliance Pursuit
Jan 24, 2023
The Linux-based operating system is being touted as more secure than Alphabet’s Android and designed to be used in businesses and high...

5 Reasons Microsoft Is Making Activision Blizzard Its Biggest Deal Ever
Jan 18, 2022
It’s the software maker’s biggest deal ever, almost three times as large as the 2016 purchase of LinkedIn. Here...

Facebook Users Report Global Outages Across Social Network
Oct 04, 2021
Facebook users around the world have been unable to access its family of social-media apps, including the main social network, photo-sharing app Instagram and messaging service WhatsApp.

TangleBot Android Threat Exploits COVID-19
Sep 23, 2021
The malware sends false COVID-19 warnings via text or mobile message to endeavor to steal a user's personal information as well as to wage an attack on a business.

All-Night Antitrust Debate Moves Big Tech Bills Forward
Jun 24, 2021
The extensive back and forth featured debate about antitrust principles, content moderation, freedom of speech and even how legislation should define a foreign adversary.

Apple Revamps iPad Home Screen, Multitasking in Software Update
Jun 07, 2021
Apple revamped its iPad multitasking system, making it easier for users to use multiple apps at the same time and to jump between apps.

Nearly Half of Popular Android Apps Built With High-Risk Components
Mar 25, 2021
Information leakage and applications asking for too many permissions were also major issues, according to a survey of more than...
Sponsor Content
How Do You Protect Your Data Today When You're Moving to the Cloud Tomorrow?
Mar 23, 2021
On Demand Webinar ...

Can Kubernetes Solve 5G Problems?
Mar 05, 2021
When it comes to 5G problems, Kubernetes is not necessarily the edge and telco networking solution.

At CES 2021, Verizon Touts 5G Connectivity as Enabler in Pandemic Times
Jan 14, 2021
Verizon touts 5G as a present-day reality for improved network speed and performance, but most enterprises are still waiting for 5G benefits.
Load More