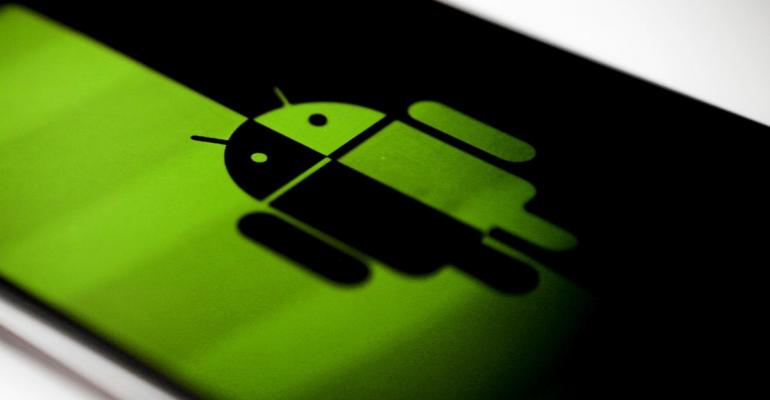 The penalty -- the same amount the Netherlands contributes to the EU budget every year -- is far higher than any other dished out by the U.S., Chinese or other antitrust authorities. More significantly, Google was given 90 days to stop what the EU said were "illegal practices" on contracts with handset manufacturers that push Google services in front of users.

(Bloomberg) -- Google received a record 4.3 billion-euro ($5 billion) antitrust fine from the European Union and was ordered to change the way it puts search and web browser apps on Android mobile devices.

The penalty -- the same amount the Netherlands contributes to the EU budget every year -- is far higher than any other dished out by the U.S., Chinese or other antitrust authorities. More significantly, Google was given 90 days to stop what the EU said were "illegal practices" on contracts with handset manufacturers that push Google services in front of users.

“Google has used Android as a vehicle to cement the dominance of its search engine," EU Competition Commissioner Margrethe Vestager told reporters. “These practices have denied rivals the chance to innovate and compete on the merits."

Google has built a massive business of banner and videos ads, thanks largely to its central role on Android devices. Google will account for a third of all global mobile ads in 2018, according to research firm eMarketer, giving the company around $40 billion in sales outside the U.S. Google risks losing that traction if it is forced to surrender its real estate on millions of Android phones.

Google immediately said it would challenge the ruling at the EU courts. An appeal wouldn’t change its need to comply with the EU order, unless it gets judges to allow "interim measures" that halt the commission findings.

In a statement posted online, Google Chief Executive Officer Sundar Pichai said the EU decision “rejects the business model that supports Android, which has created more choice for everyone, not less.”

Vestager said it was “solely” up to Google to determine how it can comply with the EU order. She told reporters that “you could have a theory that prices would go up, but it’s just as likely that prices can come down” after the forced changes.

But when questioned by Bloomberg television, she said “the obvious minimum” is that the “contractual restrictions disappear.”

The EU’s decision would bring the running total of Google fines to about 6.7 billion euros. Last year, Google faced a then-record 2.4 billion-euro penalty following an investigation into shopping-search service. Wednesday’s fine could soon be followed by more from a probe into online advertising contracts.

Vestager explained the fine’s size by saying it’s based on illegal behavior that stretches back to as far as 2011 and that the company’s “turnover has developed a lot over these years,” repeating that it’s been levied for “very serious illegal behavior.”

Alphabet generated about the same amount of money as the record penalty every 16 days in 2017, based on the company’s reported annual revenue of $110.9 billion for the year.

Alphabet shares were down 0.5 percent in pre-market trading in New York on Wednesday.

The EU said Google ensures that Google Search and Chrome are pre-installed on "practically all Android devices" sold in Europe. Users who find these apps on their phones are likely to stick with them and "do not download competing apps in numbers that can offset the significant commercial advantage derived on pre-installation.”

Google’s actions reduce the incentives for manufacturers to install and for users to seek out competing apps, it said.

The probe targeted contracts that require Android-phones makers to take Google’s search and browser apps and other Google services when they want to license the Play app store, which officials say is a "must-have" for new phones.

The EU also found illegal Google’s "significant financial incentives" to telecoms operators and manufacturers that exclusively install Google search on devices. Rivals couldn’t compete with these payments, making it difficult for any other search engine to get their app pre-installed. The EU said Google stopped doing this in 2014.

The “decision hits Google the hardest of all current antitrust investigations by the commission," said Andreas Schwab, a German lawmaker at the European Parliament. "Today’s decision and fine are a logical consequence, as this is a clear anticompetitive behavior to me."

Google has argued that it doesn’t block the installation of other apps. In its view, an EU ruling will harm app developers and customers by undercutting Google’s business model of giving away Android software and generating revenue from mobile advertising. That keeps smartphone prices low, it says.

Google has a market share of more than 90 percent for general Internet search, licensed smart mobile operating systems and app stores for Android software, the EU said in 2016.

Regulators rejected arguments that Apple Inc. competes with Android, saying Apple’s phone software can’t be licensed by handset makers and that Apple phones are often priced outside many Android users’ purchasing power. Users face “switching costs" to move from Apple to Android and would continue to face Google Search as a default on Apple devices.