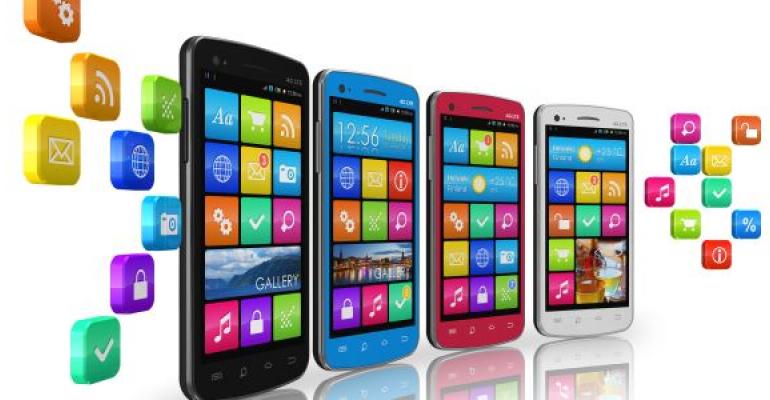 Future of Smartphones: 5 Predictions for the Next 5 Years

Smartphone innovation lately has been mostly incremental rather than innovative. Here's what the future of smartphones may hold.

What's new is really just incremental: This is one of the most most common observations made by analysts at about the future of smartphones during the past few years, when faster processors, more storage, improved cameras, new colors, and so on have been the latest and relatively greatest. Yes, price/performance almost always improves with each new model, and about a billion and a half smartphones get sold worldwide each year regardless. Apple is really just an iPhone company now, with the remainder of its product line--such as it is--seemingly a footnote.

But with smartphones now the preferred access and communications device for almost everyone everywhere, it’s fair to ask if there is--or even could be--anything really big on the horizon that might start a new handset revolution. We don't expect that to happen in the near term. When it comes to the future of smartphones, consider it more of an ongoing evolution. Given that advances in Wi-Fi (802.11ac Wave 2, the upcoming 802.11ax, and perhaps even 802.11ad and .11ay) and 5G will absolutely require new hardware in the future, it would seem that that the upgrade market will be intact for now, even absent any other meaningful user-visible enhancements.

We’re definitely not expecting any major changes in the form factor, internal hardware architecture (still a computer), operating systems, or the end-user look and feel of smartphones for the foreseeable future. The old adage “form follows function” always applies in industrial design, and smartphones are basically touchscreens with the batteries and electronics required to make them go. Mobile operating systems will evolve incrementally with a few new features, but will mostly remain the same so as not to upset the massive installed base of apps, the developer community or even end-users: Wholesale change to user interfaces for the sake of wholesale change is always a bad idea, although some cleverness here is invited.

So, what, then, does the future of smartphones hold? In addition to the improvements in wireless technologies noted above, here’s our list of what’s likely in the next five years:

This is the big one--potentially, anyway. There’s a great deal of research about batteries going on today. This research is driven, in part, by environmental concerns, such as storing wind and solar output, but it's also driven by advances in basic battery chemistry (but still with lithium at the core). While there’s a big difference between industrial-scale energy storage and the requirements of a mobile device, the batteries in that mobile device are being asked to provide ever-more juice in the same or sometimes less physical space. And--importantly--the batteries are non-removable by the end-user--again, at least partially for environmental reasons. Wireless charging based on the Qi standard is thus becoming common, enhancing convenience and, with charging pads even appearing in cars now, in effect enhancing working battery life. Still, with the dead battery a top cause of end user frustration, expect the vendor community to continue to devote significant resources to solving this problem. And, with so much action here, expect good results. You’ll also likely be hearing more about supercapacitors acting as a buffer between the battery and the electronics, further enhancing battery life to some degree.

We expect physical ports to disappear entirely from handsets, and, with wireless battery charging and the wide variety of radios for transferring information, they are no longer required. Don’t underestimate the cost savings here, along with a corresponding improvement in reliability: With no exposed gaps or wires, devices will be stronger, more water resistant and less costly to manufacture. This is a win/win/win, except for those who really want to plug in a USB cable. But USB is so 2010, at least with respect to mobility, and it’s time to get over it. Note that this move in some ways depends on the advances in batteries noted above, as a portless phone would render add-on emergency wired batteries useless and portable wireless chargers seriously inconvenient.

The relationship between the handset and the cloud is already changing. What we’re seeing today is in fact a return to the timesharing model of computing that was the norm in the 1970s. And, thanks to the shared, collaborative nature of IT in organizations and beyond today, we're also seeing the essential end of offline processing. The handset is really a personal communicator, not a personal computer: Processing and data will typically be on the other side of the (wireless) link, with local apps often just an interface to this reality. Indeed, beyond the gamer community (which really just needs a faster graphics processor), why would we need faster handsets with more memory and storage?

Handsets today are often used as part of a two-factor authentication scheme, typically via messages or an app. Unfortunately, gaining access to the handset itself is usually not similarly two-factor. While biometrics (fingerprints, faces, etc.) may eventually become acceptable here, real two-factor authentication is based on something you know plus something you have, and not something you are--at least, not until the instant, mobile DNA scanner becomes a reality, anyway. For this reason, I believe, wireless tokens, likely based on NFC, will become popular. In addition, as we increasingly move to the cloud for all computing and communications, the token will enable any device to become “yours” on demand. While users will likely continue to have their own handsets, all other access and edge computing devices could be in effect rented or borrowed, with complete security in the bargain.

Enhancements that Are Further Afield

Some predict that virtual reality (VR) will be a big driver for handset evolution, but the separate and immersive headset required will seriously limit the appeal. We don’t believe that VR will have much impact on the vast majority of handset users--apart from hardcore gamers, anyway. Ditto for exotic possibilities like direct-brain interfaces (typically enabled via electromagnetic sensors). These devices offer great hope for people facing physical challenges, but they’re not going mainstream anytime soon--if ever.

My No. 1 desire for the evolution of the handset? It’s the “flick” of on-screen windows a la Tony Stark in "Iron Man" and a few related films. The idea is simply to use a gesture to copy the windows on the handset to a larger screen, or even multiple screens. This is more than just for fun: Given the fundamental limits on usability imposed by the essential limitation on the size of the handset, being able to integrate the device with the remainder of one’s personal and organizational IT arsenal--input devices, displays, storage, whatever--may represent the final and even most valuable frontier for smartphones going forward.

So, another revolution? Unlikely. No matter--we’ve still got plenty to keep us busy.