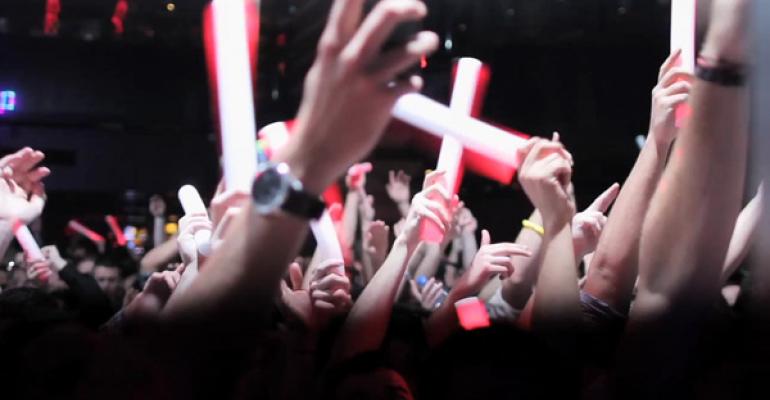 It's not the scan-and-match service we all want, but it's a start

While a scan-and-match feature will be added to Xbox Music in the coming year, the Xbox Music app for Windows 8 already includes a feature that lets you manually add music from your PC to your personal Xbox Music cloud collection. This feature, which I call album match, makes matched music available for streaming or downloading on your other Windows 8 devices and Windows Phone 8 handsets.

Note: As a number of readers have already noted, an automated scan-and-match feature is sort of available now in the Xbox Music app in Windows 8. In my experience this service is almost randomly available and is most likely not complete or even broadly available in different markets. My expectation is that it will be improved and officially announced in the coming year as Microsoft previously promised. Regardless, that is a separate feature than album match, which is the manual process described here.

Album match is no substitute for a true scan-and-match service, but it does allow you to begin stocking your own Xbox Music cloud collection with some of your own music. In this way, it works somewhat like Amazon Cloud Player, Google Play Music, or Apple iTunes Match in that music matched from your own personal collection is stored in the cloud so you can access it from your devices. And no uploading is required.

Albums only. Album match can only match albums, and not artists, songs, or playlists.

Manual, not automatic. You can only match one album at a time, so it is tedious to use with large collections.

Content must be in Microsoft’s online collection. It will only work with music that Microsoft has in its Xbox Music Store collection, and then only with that music which is licensed for streaming. (And no, there’s no way to find out which content is licensed appropriately.)

It often just doesn’t work. The worst aspect of album match is that it often doesn’t work at all. So even though you appear to have successful matched an album, that album is never added to your personal Xbox Music cloud collection. No error is given, no explanation provided.

While these limitations may seem daunting, album match actually works pretty well for small collections, especially when the music is normal, readily-available content from major acts. I’ve used it to store many albums in Xbox Music, which—for now at least—doesn’t appear to have any storage or song count limitations. This functionality is freely available.

(Note: That could change. Perhaps the cloud collection and scan-and-match feature will eventually require at least an Xbox LIVE Gold subscription. There’s also the question of storage allotment, and whether Microsoft will simply provide what it essentially unlimited music storage going forward. For now, there does not appear to be any limitation.)

To match an album to Xbox Music, right-click an album (or, with a touch-based system, select by swiping to the right). When you do, a selection mark appears next to the album and the app bar appears.

Select Match album info from the app bar. (Note that in some cases, this command will be available via the More button.) When you do, a wizard appears, helping you choose the album in Xbox Music that matches the one you selected.

In some cases, this is straightforward and the choice is obvious. Other times, you will need to choose the album from a list or tap the “Don’t see the right album?” link to search for the correct entry.

When you do select an album that matches the one you previously selected, the wizard will list the songs in the album with a checkmark next to each song that was successfully matched. If you’re lucky—or have at least selected to match a very common album—all songs will be matched and you can simply click Finish to complete the process.

In other cases, however, all of songs can’t be matched, so you will only see checkmarks next to some songs. When this happens, you will go through a fairly tedious song-by-song matching process where you match each song, in turn, to the appropriate song on the Xbox Music-hosted album.

After matching each song—or at least some of them, because in some cases I’ve seen, you can’t actually match all of them—click Finish and you’re done.

In still other cases, of course, you won’t be able to match an album because it isn’t available in Xbox Music or doesn’t have streaming rights.

When you do match an album, you’ll see a temporary icon appear next to the album in Xbox Music, indicating that the album is being matched.

Then, the icon will change to a cloud icon, indicating that it is matched and available on your current PC for offline use.

When you run Xbox Music on another PC or device, you’ll see a different icon indicating that the album is available for streaming from the cloud. Or you can select it and choose Download from the app bar to make it available for offline playback as well. It is your music, after all.

Matched albums are also available in Windows Phone 8 for both streaming and downloading if you have an Xbox Music Pass subscription. (The option “Xbox Music cloud collection” must be enabled in Settings for this content to appear in Music + Videos, however.) You’ll see the same streaming icon next to each song name, indicating that the music is in your personal cloud collection and can be streamed or downloaded for offline use.