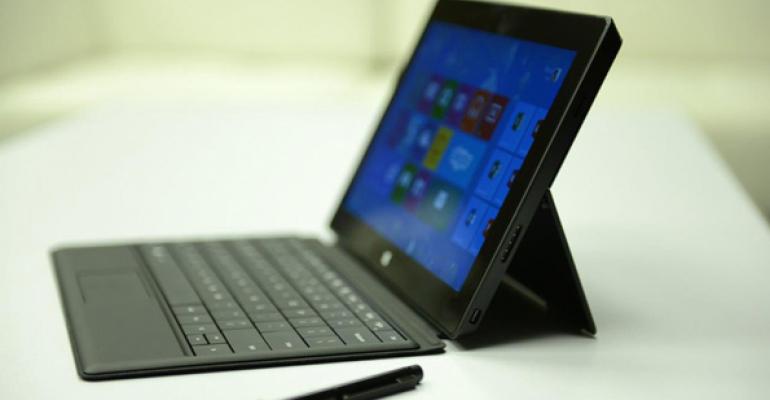 Another Saturday, another round of Surface with Windows 8 Pro sales. But this time, things are a little bit different. Yes, the 128 GB version is still scarce. But Microsoft’s online store is now taking waiting list orders, with shipment expected by March 1.

Hey, even Microsoft can learn.

According to the Surface team, US-based customers who wish to purchase a 128 GB Surface Pro should visit the Microsoft Store online and order it there. “[That order will] ship within 2-3 weeks, based on incoming inventory,” the team notes. “Once inventory is depleted, the system will show as ‘out of stock’ until new inventory is available to ship.”

A trusted source at Microsoft told me earlier in the week that the Surface Pro “inventory constraints” that marred the opening launch weekend were indeed quite real and weren’t invented by the firm to create the false impression of demand. But after the first wave of unit replenishment—Microsoft Store and Best Buy retail locations received new shipments of both Surface Pro models this week—there would be second round of shortages, especially of the 128 GB version. That explains the comments quoted above, as it turns out.

I was told, too, that reservations were up to the retailer. Microsoft didn’t institutionally instate reservations previously—meaning you couldn’t reserve a Surface Pro online or in many Microsoft Store retail locations and then receive it whenever it came in—but based on my email, some retail stores—Best Buy and Microsoft Store, from what I can tell—did offer this kind of reservation.

The ability to order a Surface Pro now and receive it by March 1 seems like a form of reservation. And the previously-quoted post from the Surface team explains how this will work:

Best Buy (U.S.). “Inventory levels are increasing and many Best Buy stores have Surface Pro units for sale in store,” the Surface team blog post reads. “If the store does not have stock, you can reserve a Surface Pro (64GB and 128GB). Please note that Best Buy is only taking reservations in their stores for Surface Pro based on new inventory they know is coming in next week, so it’s possible that reservations could become ‘sold out’.”

Staples (U.S.). “Many Staples stores have Surface Pro units for sale in stores,” the post notes. “If the store does not have stock, you can place a kiosk order in store to purchase Surface Pro 64GB for delivery.” Note that this specifies 64 GB: I’ve been told by a few retailer sources that Staples is only stocking 64 GB units, and it’s not clear if this is that company’s decision/fault or Microsoft’s.

While the 128 GB version of Surface Pro is clearly still the most in-demand version of Microsoft’s new tablet device, it’s perhaps notable that as I write this, at 7:30 pm ET, one can still “reserve” one from the online Microsoft Store. A week ago, this version of Surface Pro was sold out before I even woke up. One might (correctly) draw the conclusion that Microsoft has finally caught up with demand, but I do have one exclusive bit of information about this weekend’s resupply: Microsoft has shipped far more Surface Pro units for this weekend than it did for the opening launch weekend. So part of this is the firm adapting to demand too.

We’ll see what availability looks like in the next day or two. In the meantime, if you live in the US and wish to get a 128 GB Surface Pro, don’t wait. There’s no telling how long the next shortage will last.

Also, it’s worth noting that Microsoft has yet to publicly comment on international availability of Surface Pro beyond a vague promise that it will of course offer this product in many other markets in the future. I’ll let you know as soon as I hear differently.