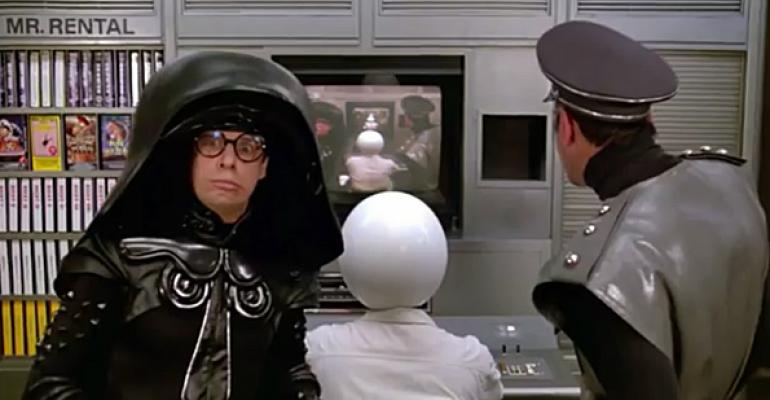 Getting Windows to the Threshold

With Windows 8.1 Update 1 behind us and the fate of certain post-Update 1 features in flux, questions inevitably turn to what happens next. According to the best information we have, there will be at least one more update bundle for Windows 8.1—which we'll call Update 2 for simplicity's sake—and then of course the major release that's currently called "Threshold." But how do we get from here to there?

Or as was infamously asked in Spaceballs, "When will then be now?"

But it's the exact timing we're not sure on. Nor when certain changes will occur. Not helping matters, things keep changing. As I wondered aloud about less than a month ago in New Start Menu Delayed Until 2015?, even something as simple as the schedule for a single coming new feature—that new Start menu—has changed repeatedly this year. But Microsoft's not trying to mess with us. It's just that everything is uncertain during this transitionary period. The firm wants to get Windows right for everyone. And it's a mammoth undertaking.

So. What's the current understanding of the schedule and features coming in this post-Windows 8.1 world?

Update 2 could ship as soon as this summer, and some believe it may have in fact already RTMd. I've not heard about that, but with the Start menu being pushed back to a later release, the expected feature set in Update 2 remains an open question. "Not much," is what I've heard. I'm expecting it to ship with little fanfare in August.

Will there be an Update 3? If you thought there was little to say about Update 2, well, let's just say that this one takes the cake. But the reason is a bit different: The only question here is whether Microsoft should even bother, and that if such an update does ship it will be minor and not really newsworthy. And that's because the big changes are all coming in Threshold now.

As has been reported previously, Threshold—which could be called Windows 9—will ship in April 2015. It will be a major Windows version, with many changes. And it will most certainly have some new name, if only to distance the product from Windows 8, a brand that, like Windows Vista, is forever tarnished.

As important, Threshold will most likely be accompanied by Office Touch for Windows, codenamed Gemini. This is the Metro/Modern version of Office—most likely Outlook, Word, Excel, PowerPoint and OneNote—that so many are apparently pining for. But the value proposition of this suite is a bit hard to justify in the current versions of Windows, because we can all run superior desktop versions of the suite already. And most new Windows PC buyers actually get that for free too.

The co-release of Threshold and Gemini—similar to Microsoft shipping a 32-bit Office 95 alongside Windows 95 back in the day—is important. And, if Mary Jo Foley is correct—and come on, she's always correct—it's being done to accommodate major product version (or "SKU") changes coming to Threshold.

Here's what Mary Jo says we can expect from the coming Threshold product versions, along with a few notes of my own of course.

Windows desktop/Modern SKU. Like today's Windows 8.1, the version(s) of Windows that target modern, touch-based PCs will support both desktop and Modern environments. If you're using a PC with a keyboard and mouse, you'll see a system that is optimized and defaulted to the desktop. If it's a touch device with no keyboard/mouse, it will be optimized for and defaulted to Modern. The new Start menu will be offered as an option, and you will be able to run Modern apps in floating windows on the desktop. This version will be positioned as an upgrade for Windows 7- and Windows 8.x-based PC users.

Phone/tablet SKU. This is where the biggest changes are happening. This offering (or offerings) will not include the desktop environment at all, and that partially explains the Office Gemini tie-in. It will be offered on ARM-based hardware (phones and tablets) as well as Intel Atom-class tablets. The requirement here is that the devices have screens that are under 10 inches in size. Which means that this version of Windows will be licensed to device makers for free. It will most likely only be made available on new devices.

Mary Jo says it's possible that Threshold could be free for all Windows 8.1 users and perhaps even Windows 7 users. I've not heard about this, but that would be unprecedented and most welcome.