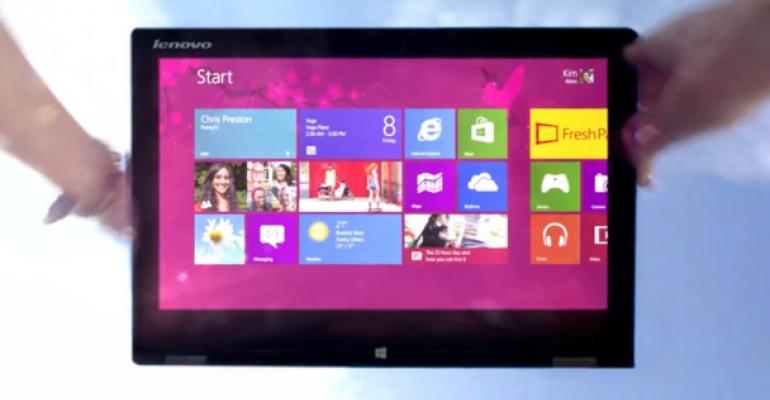 A small update, but with some interesting changes that make People more useful

Within the next 24 hours, Microsoft will finally issue a major set of updates for the core “Metro” apps in Windows 8 and RT, in this case the communications apps. Here’s what’s changing in the People app.

New app bar. The People app now sports a new top-mounted app bar modeled after that in the Bing apps which the main functional areas of the app—Home, Me, and What’s New—can be reached more easily. (The bottom app bar is still present as well.)

Post to your friend’s Facebook wall. In the current version of the People app, there is a What’s New box on the Me view which lets you post to your own social networks. In the new version, this box also appears on your contact’s contact cards, so you can post to their Facebook Wall directly from the app.

Better navigation. As with Windows Phone's People app (and other interfaces on Phone), you can tap a letter in the contacts list to get a quick navigation screen so you can move more quickly by letter through long lists of contacts. (Thanks for the mention of this new feature in the comments below.)