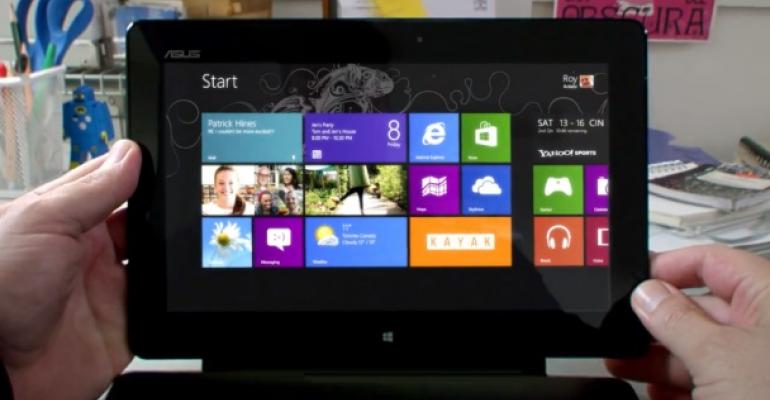 It's not perfect, but this is the Mail app you've been waiting for

Within the next 24 hours, Microsoft will finally issue a major set of updates for the core “Metro” apps in Windows 8 and RT, in this case the communications apps. Here’s what’s changing in the Mail app.

What’s included in the update

The Windows Mail app has been updated with “new tools and options to help you organize your inbox and make it even easier to manage your accounts across your personal and professional lives,” according to Microsoft. Here's what's new.

Create, rename, and delete folders. You can now manage folders on your email services directly from within the Mail app, courtesy of a new Folder Options app bar button.

Filter for unread messages. You can now filter the messages pane to show all emails or only unread emails.

Choose when messages are marked as unread. You can now determine how a message is mark as read. (In the current app version, it’s marked as read when selected in the messages pane.)

Sync faster and more reliably. One of the big improvements in the communications apps is performance. And this includes faster syncing with cloud-based email services, both on initial sync (when the app first launches) and with subsequent syncs (whatever the schedule).

Search for mail on the server. In the current Mail version, you can only search for email that has been downloaded to the PC/device. But now you can search the server/service as well, and not be limited to the two weeks (by default) of email you’ve cached locally.

Get easier access to search and printing. Search in Mail now works like it does on the Start screen: Just start typing and the Search pane appears, without requiring you to manually activate it first. A new Print button in the app bar likewise makes printing easier, since you no longer have to find/know about the Devices charm functionality.

See smart contact suggestions when composing a message. When you first enter the New Message screen, the To: line will auto-suggest contacts with which you frequently email. And of course, it auto-completes with names from your contacts as you type in the To: field as well.

Add, edit, and delete links when composing a message. Mail now lets you use HTML-style hyperlinks in email messages.

Paste in formatted content from other apps more reliably. Mail now works more comfortably with the apps and applications you use most often. In a demo, I saw a Microsoft Word-based table pasted into a Mail email message with full formatting intact.

Save senders as new contacts. As with Outlook.com, Mail now prompts you to save new recipients as contacts in the People app.

Delete all messages in a folder or mark them as read in one action. Now you can process Delete and Mark as Read actions against an entire folder, rather than having to individually select messages one at a time.

Manage draft messages more efficiently. Mail now auto-saves drafts as you write. This lets you do such things as change the view from New Message to look at something else in the app and then return to the message without losing anything. Drafts can be found right at the top of the messages list.

Unfortunately, the new version of Mail is missing two key features I’d hope to see by now: It doesn’t support a unified Inbox view, like Mail in Windows Phone, meaning you still need to hop from account view to account view. And there’s no drag and drop support: You can’t, for example, drag a message from the Inbox with your mouse and dump it in another folder.

Still, this is a major update to the Mail app and one I’m happy to see. I suspect that will be the case for you as well.