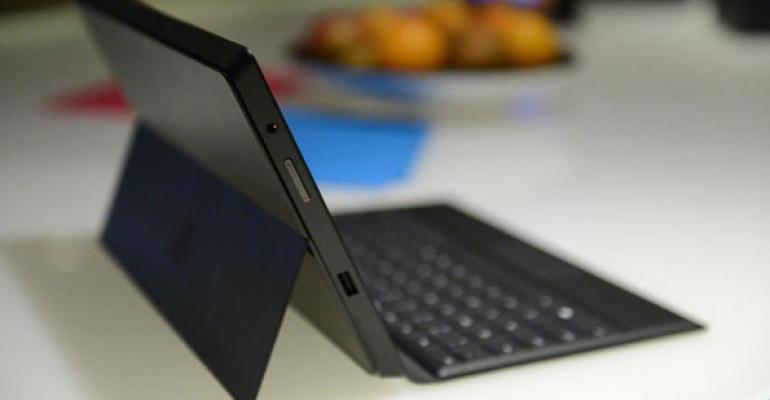 With Microsoft expected to launch its second Surface tablet in the coming days, it’s time to start thinking about how or if this device changes things. Stung a bit by limitations in Surface RT, I’m nonetheless still quite excited about Surface with Windows 8 Pro. And if this machine lives up to its advanced billing, it could fulfill Microsoft’s promise to change the PC market for good.

Microsoft first previewed Surface Pro, as I’ll now call it, back in June 2012. Earlier this month, it provided bloggers with a few minutes of hands-on time at CES, but since I declined to attend the show, I will need to wait a bit for my own hands-on experience. Fortunately, I have a few insider secrets about Surface Pro you won’t read anywhere else.

While I previously compared the specifications of Surface RT with those of Surface Pro in Microsoft Surface: RT vs. Pro, a Specifications Comparison, I’ve now spent over two months using Surface RT and have a better idea of how portable the device is, and how the slightly bigger and heavy Surface Pro will compare. Put simply, the Surface RT and Pro are almost identical looking from a form factor perspective, with the Surface Pro’s slightly thicker body--.53 inches vs. .37 inches—being the prime differentiator. (The reasons for this difference are discussed below.)

Where the Surface RT and Pro differ more obviously from a form factor perspective is the weight: Where the Surface RT comes in at just 1.5 pounds, the Surface Pro weighs 2 pounds, fully 33 percent more. Now, 2 pounds is still very light, and when you factor in the weight of a Type Cover or Touch Cover, the device is still lighter than the 11-inch MacBook Air. (It’s also infinitely more versatile, but that’s another story.)

Indeed, a peek at System properties reveals a score of 5.6 on the Windows Experience Index (WEI), with the processor coming in at 6.9 (out of a possible 9.9); the primary disk rates a stellar 8.9. Windows RT doesn’t provide WEI numbers, and for a reason: With that OS, Microsoft promises a consistent experience, so no WEI score is required.

One big area of concern with the Surface Pro is that the Intel Core processor requires a fan and thus the system could be loud. Well, Surface Pro comes with two fans, but in normal use it’s almost completely silent, and uses a unique vent that runs along the back edge of the device; this explains the additional thickness compared to the Surface RT. Play a modern game, however, and the fans kick in, as expected.

Where Surface RT only supports capacitive pens, which emulate a fingertip in a smaller form factor (which does provide slight better accuracy), Surface Pro supports true electromagnetic pen/styli. Indeed, it comes with one: The bundled pen supports multiple pressures (for thicker lines), an eraser, and a right-click button. It also features a weird magnetic latch, identical to that on the end of the power adapter, so that it can connect to the exterior of the device when you’re not using it. This seems destined to be lost, but the Surface Pro wasn’t thick enough to provide the otherwise preferable internal bay for the pen.

Where Surface RT comes with either 32 GB or 64 GB of internal storage (plus up to 64 GB via microSD), Surface Pro provides 64 GB or 128 GB of storage. You’ll need it: Windows 8 Pro takes up more space on disk than does Windows RT, and you’ll be able to install a lot more software on there thanks to its compatibility with normal Windows desktop software. (Yes, Surface Pro does come with the 64-bit version of Windows 8 Pro.)

It’s worth pointing out that Surface RT comes with Office Home & Student 2013 RT, which includes full-featured versions of Word, Excel, PowerPoint and OneNote 2013. Surface Pro does not come with any version of Office, but you’re free to install any version of Office you like, including Office applications like Outlook that cannot work on Windows RT.

Surface Pro will come in only two variants, both of which lack Type Covers, so you’ll want to pick up a Type or Touch Cover separately. The base version, with 64 GB of storage, will cost $899, while the 128 GB version will cost $999.

I’m really looking forward to getting my hands on Surface with Windows 8 Pro, not for 30 minutes in a contrived hotel room drive-by where I can’t even take my own pictures of it, but in the real world. Asumming there are no surprises, I’ll be moving to using Surface Pro full-time, even at home, as soon as the device arrives here. I’ll report back regularly on my experiences, and provide further comparisons between Surface Pro and Surface RT, as well as other Windows devices. We’ll see what happens. But I think Surface Pro is going to be the real deal. Stay tuned.