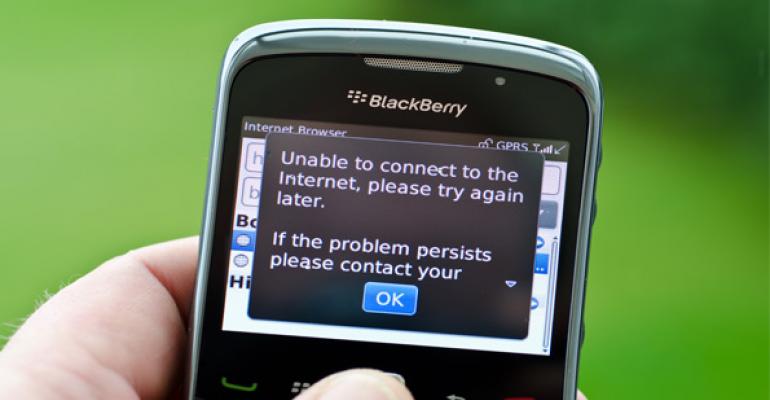 Related: "Test Your Browser Performance with Some Holiday Cheer"

This year has seen some major service outages that not only affects internal users, but also impacts a company's customers. The overall impact of a outage is far reaching, as consequences typically include damage to the company's reputation, credibility, and productivity. Neverfail has compiled their list of top 10 outages in 2013, basing this list on reach, damaged reputation, and lost revenue.

At the top of this list is Microsoft's Windows Azure outage, which was caused by a sub-system compoment failure that lasted over 20 hours, causing Windows Azure users in every geographic region to feel the impact of this outage. Google is a runner-up on this outage list. Although this outage lasted for less than five minutes, it caused global Internet traffic volume to dive by nearly 40 percent.

Although it's somewhat difficult to determine the exact cost of downtime, recent research suggests that this downcost is increasing. According to a report by Gartner, it's estimated that organizations lose $42,000 for each hour of downtime. Furthermore, another study suggests that the average cost of data center downtime is $5,600 per minute. More interestingly, Neverfail suggests that this list of outages equates $31,214,400 in lost revenue, which does not include end consumers. Yikes!

To learn more, see Neverfail's original blog post outlining each of these outages in more detail. What do you consider to be the most impactful outage of 2013? Let us know in the comments below or through our social media networks! See you there!