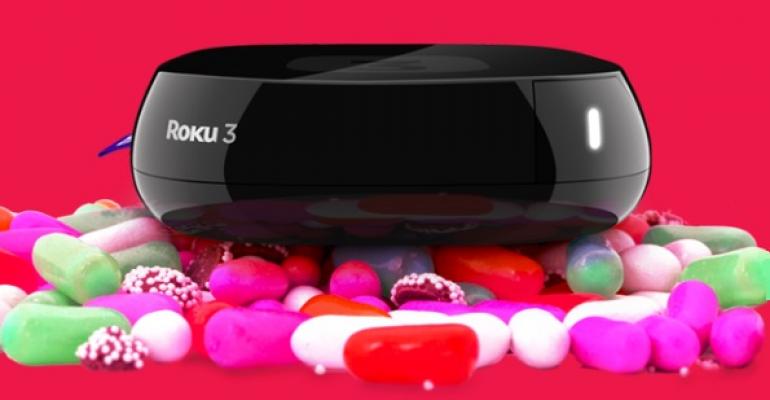 The best yet, but not a major leap forward

While it’s certainly fair to say that the Roku 3 is the best version of Roku’s living room set-top box yet, it’s also not a huge leap over previous generation devices. It includes an important update to the user experience and some minor functional changes, but no big performance gains.

If you already have Roku device, especially a Roku 2 or other unit that’s less than two years old, there’s no reason to upgrade. But if you aren’t already using a Roku set-top box, let me make the case for why you might want one.

Simple. It connects to everything: The Roku 3—like its predecessors—is a great value. You gain access to hundreds of services, including all of the most important ones: Netflix, Amazon Instant Video (and Amazon MP3), Hulu Plus, HBO GO, Vudu, Spotify, MLB.TV, Crackle, Pandora, Disney and many more. In all there are over 750 services—or, as Roku calls them, “channels”—you can add to the device, creating a living room front-end to Internet-based entertainment services of all kinds.

Unlike the Xbox 360, the Roku 3 (and other Roku devices) comes with no extra vig in the form of an annual fee of any kind. You just pay for the box, once—and it’s only $99, making that purchase pretty palatable—and you’re good to go. (Some of the premium services like Netflix, Hulu Plus, HBO GO, and so on come with their own subscription fees, of course.) You’re not paying twice to enjoy the same content as you would on Microsoft’s living room solution.

The Roku box is also completely silent, something that can’t be said of the Xbox 360. Even the newest Xbox 360 S models, which are much quieter than the older versions, emit a low steady hum when used. The Roku offers nothing but fan-free silence.

With the availability of all those channels, the old Roku UI—which was essentially a single row of tiles you’d navigate through from left to right—had grown unwieldy. I happen to keep only a small selection of channels on my own Roku, but if you used more than just a handful, going back and forth between them was ponderous. So Roku 3 makes an obvious change to a grid-based channel layout in which you can fully see 9 tiles at once, instead of just three as in the old version. It’s a simple but important change, though I’m not as thrilled with the new ad pane off to the right.

Also important is the search functionality, which now operates outside each app, or channel, allowing you to search across the various services. (I’m told this functionality was added to the previous Roku software version as well.) This is a huge deal, because now you don’t have to hop from channel to channel and search for the same movie or TV show repeatedly. (And this used to be one of the Xbox 360’s few advantages.)

Performance-wise, I see no differences at all between this unit and last year’s Roku 2. This is a bit surprising, and I’ve seen some reports that suggest otherwise. But we use this device every single day, and none of us—me, my wife, or the kids—have noticed a difference.

The remote carries the same design as last year’s version, and while I actually prefer the old Roku remotes, which put the OK button in the middle of the dpad where it belongs, this new version includes an interesting change: You can connect a pair of headphones (a color-matched purple pair is included), and use the also-new on-remote volume buttons to control the sound volume, which now occurs through the headphones and not the TV.

Honestly, I’ve not used this feature except to test it and my assumption is that it’s there to allow two people to enjoy different forms of entertainment in the same room without annoying each other. For example, now someone could read while you watch TV, and not have to listen to the sounds of “Duck Dynasty” or whatever silliness you enjoy.

The Roku 3 also comes with a copy of the game Angry Birds: Space and other games are available via what I never expect to be a meaningful platform for such activities. That’s about all that needs to be said about that.

If you have a collection of content on hand—movies (like ripped DVDs), but also music and photos—you can connect an external hard drive and access it from a bundled Roku app. But it’s pretty bare boned: No support for captions of any kind and if you leave a video (on purpose or otherwise) and restart it, there’s no option to pick up where you left off. It’s better than nothing, but that’s about it. And there’s no support for content on your home network to speak of.

Overall, the Roku 3 is a fine living room set-top box with the most complete collection of available services and silent, fan-free operation. If you already have a Roku, you can skip this generation device, but if not, this is the best one yet. I recommend getting at least a Roku 2 XD ($80), which supports 1080p, or the Roku 3 (which adds dual-band wireless, Ethernet, and USB). Highly recommended.