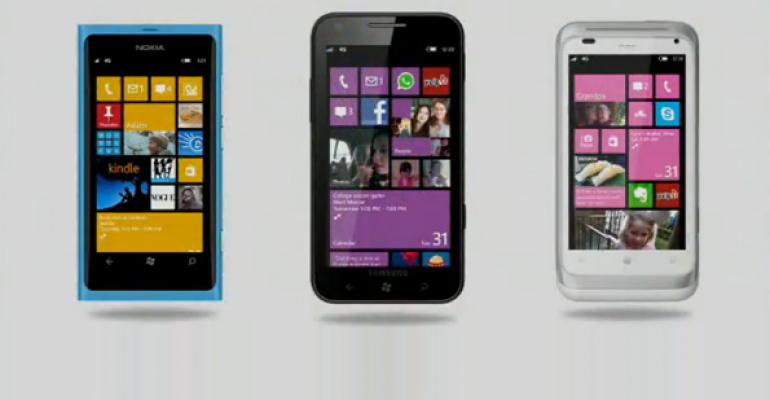 Windows Phone Team: This is No Way to Treat Early Adopters

Once seen as a nice gesture, Windows Phone 7.8 is now seen for what it is

When Microsoft announced Windows Phone 7.8 in June, I knew it was too good to be true. At the time, it seemed like Microsoft was throwing a bone to disappointed early adopters who would not be able to upgrade their existing handsets to Windows Phone 8. Today, it just seems like a slap in the face.

Windows Phone 7.8 was announced at the tail end of the Windows Phone Summit in June, the event at which Microsoft launched Windows Phone 8. This latter new system, which is now being delivered on new handsets around the world, is incompatible with WP 7.x because it uses the Windows 8/NT platform, not the old Windows CE platform. And Microsoft explained, somewhat convincingly, that WP 8 would require advanced new hardware—dual core processors, most importantly—that simply weren’t present on WP 7.x devices.

So Microsoft announced WP 7.8 too. This release, this mythical, never again mentioned release, would deliver the best and most obvious user experience benefit from WP 8 to existing WP 7.x handsets, the evolved Start screen with its more customizable tiles. And I can tell you after almost a month of using WP 8 handsets that this one feature really is most of the new WP 8 experience. It will be—would be—a huge benefit to existing users.

You know, if Microsoft ever delivered it.

Or, almost as egregiously, if Microsoft ever simply mentioned it again.

Understanding that the Windows Phone team had bought into the same ludicrous wall of secrecy policy that Steven Sinofsky foisted on the Windows team, I didn’t bother asking about Windows Phone 7.8 at all between the June announcement and the late October release of Windows Phone 8. I simply assumed that Microsoft would silently ship the WP 7.8 update, over the air, and to all Windows Phone 7.5 users, on or before the day that WP 8 shipped.

So I asked at that time. And—yep, you guessed it—I received the big “no comment.” (At least they responded.)

Today, almost exactly one month after the Windows Phone 8 release and over 5 months after it was announced, Microsoft has never really publicly discussed Windows Phone 7.8 again nor has it hinted at when it might be released.

Microsoft, silence is no way to treat early adopters, the people who are your most loyal customers. It is the most disrespectful thing you can do, in fact. Combined with the weird and continued holes in your ecosystem strategy—the inability to get Xbox Video content on Windows Phone 8 as only one obvious example—it’s unclear to me why you think anyone should support you or your mobile platform.

After five months of silence, it’s time to prove you really do care, deeply or otherwise. It’s time to open up. Post something. Discuss Windows Phone 7.8. Tell us when, and why it's taking so long. Something. Anything.