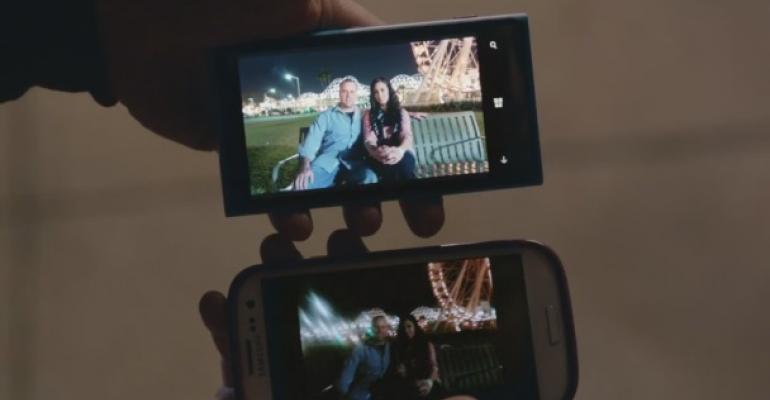 The excellent Windows Phone Challenge campaign has finally arrived where it belonged all along, on TV, where it can shows average consumers the benefits of Microsoft’s smart phone platform over the entrenched competition. In the first ad delivered to TV, a Nokia Lumia 920 makes an Android-based Samsung Galaxy S3 look silly by comparison.

“Since we kicked off the Windows Phone Challenge over a year ago, the one question I’ve been consistently asked is, ‘When do we get to see this stuff on TV?’,” Microsoft’s Ben Rudolph wrote. “The answer is … THIS WEEK! A new spot that pits the Nokia Lumia 920’s PureView camera head-to-head against the Samsung Galaxy S3 will run on ESPN and CBS throughout the men’s and women’s NCAA tournament.”

These ads a tremendous showcase for the advantages of Windows Phone’s integrated design, though in this case it addresses a specific advantage of the Lumia over the S3, it’s excellent low-light photography capabilities. I’m delighted to see them finally get in front of a mass audience of average consumers, and I hope to see this TV exposure expanded in the future too.