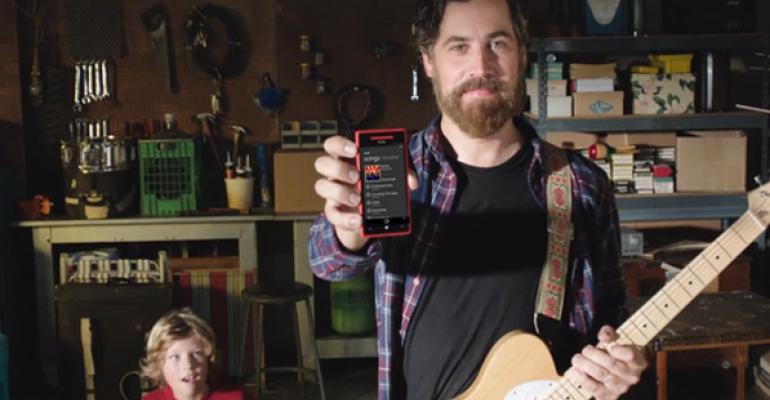 Microsoft’s Xbox Music Pass has been around in various forms for several years, but with Windows Phone 8 it plays a key part in that platform’s broader PC-free strategies, with subscription-based access to the tens of millions of songs in Xbox Music Store.

Xbox Music Pass is a subscription music service for Windows (8, RT, 7), Windows Phone 7.x and 8, and Xbox 360. (Xbox Music clients are expected to open up this service to iOS—iPhone, iPad, and iPod touch—and Android devices in early 2013 as well.) It costs $9.99 a month, or about $100 a year, and covers usage on up to five devices.

Xbox Music Pass works a bit differently on the three modern Microsoft client platforms. On Windows 8 and RT, you get unlimited streaming of content from the Xbox Music Store, which offers tens of millions of tracks. You can also download any of these songs for offline usage. Both of these activities occur through the Metro-style Xbox Music app.

On Xbox 360, you get unlimited streaming only. There’s no downloading, but you can “pin” artists, albums, or songs to a special area of the Xbox Music app called My Pins. I wrote about this functionality in Xbox 360 Feature Focus: My Pins.

On Windows Phone 8, Xbox Music Pass works much like it does on Windows 8/RT. That is, you get unlimited streaming and song downloading for offline use. As I wrote early today in Digital Music: To the Cloud, I use Xbox Music Pass exclusively on my own Windows Phone 8 handset, and in doing so no longer need to sync music to the device with my PC.

To find Xbox Music Pass content, navigate to Store, tap the Search app bar button, and then search for the artist, album or song you’re interested in. You can download or stream albums or individual songs, and if you do have an Xbox Music Pass, and have used it before on the device, you’ll see a Download link (instead of Buy) on album pages. (You can still buy music: Just tap and hold on the item you wish to buy and choose Buy from the menu that appears.)

Downloaded music is available offline as long as your subscription is active. So you can play this music while flying or in other offline situations.

You can also stream via Xbox Music Pass: Just tap the Play button on an album or next to a song name in Xbox Music Store on Windows Phone 8. (Remember that music streaming can eat into your monthly data allotment if you’re not connected to a Wi-Fi network.)