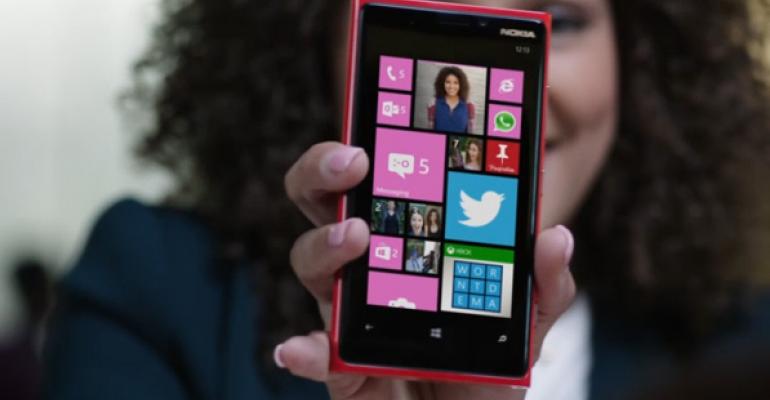 Nokia announced today that the eagerly awaited “Portico” update for Windows Phone 8 is now being delivered to Lumia 920 and 820 handsets in the US and Canada. This is notable for a number of reasons, given the issues that Windows Phone users have had in the past getting updates.

“Because we’re committed to providing a fantastic experience to our Lumia 920 and 820 customers, we are releasing a software update that brings a number of enhancements initially to the Nokia Lumia 920 and Lumia 820 at AT&T in the United States and to the Lumia 920 at Rogers in Canada,” Jason Harris wrote in a post to the Conversations by Nokia blog. “Although this update is initially available for owners on AT&T and Rogers in North America, we haven’t forgotten about Lumia owners in other markets. Rest assured, we are working with Microsoft and our operator partners around the globe to ensure the highest quality software updates for our family of Lumia smartphones. Together with Microsoft, we aim at beginning to deliver these updates to other markets in early February 2013.”

With Windows Phone 7.x, users found that many updates were delayed interminably, often for months, by recalcitrant wireless carriers. And when they were available, the updates had to be installed via the PC, with the phone tethered over Wi-Fi.

With Windows Phone 8, apparently, that’s changing. AT&T, among the worst of the wireless carrier offenders with previous generation handsets, is among the first delivering this first Windows Phone 8 update. And it’s happening over the air, directly to the device, and completely PC-free.

Folks, can I get a Halleluiah?

According to Nokia, this update includes the following enhancements on the Lumia 920 and 820:’

But Microsoft’s Windows Phone 8 update history page has a bit more information about the update, which brings the OS version number up to 8.0.10211.204:

Messaging improvements. A great messaging experience is now even better. You can now add multiple recipients at the same time when you send a text message and automatically save unsent text messages as drafts. You can even edit received text messages before you forward them.

Text replies to incoming calls. Can't take a call? Now you can send a prewritten text reply to a caller directly from the call answer screen. It's a nice way to let people know that you're not ignoring them.

Internet Explorer improvements. You can now change your settings to prevent pictures from downloading automatically—an easy way to help keep data usage low. You can also delete selected sites from your browsing history and leave the rest intact.

Here are some shots of the on-device update experience. I’ve only waited two and a half years to see this happen on Windows Phone.