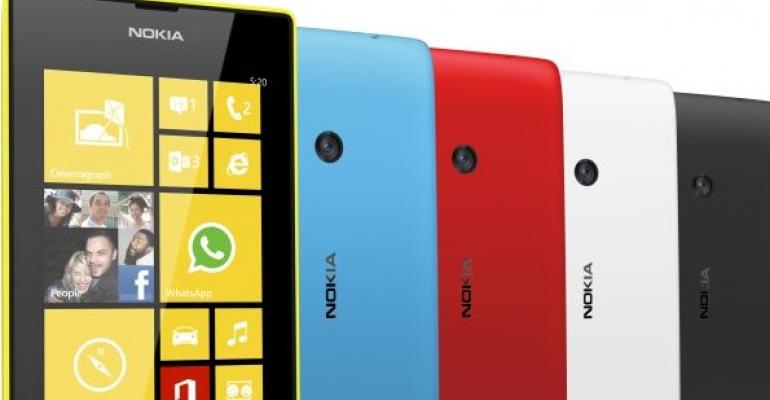 Smart Phone for the Win

The smart phone is number one, and it's not even close

Behold the new face of mainstream personal computing: This past quarter, smart phone sales exceeded those of feature phones for the first time, an IDC report claims. Of course, this milestone is somewhat less important than the fact that smart phones have long outsold both PCs and tablets. In fact, it’s not even close.

According to IDC, device makers sold 216.2 million smart phones in the first quarter of 2013, growth of 41.6 percent when compared to the same quarter a year ago. By comparison, averaged figures from IDC and Gartner show that the PC market contracted in the quarter by 12.5 percent to 77.75 million units. Approximately 40.6 million tablets were sold in the quarter, at least according to Strategic Analytics.

Don’t get hung up on the various sources for the data, which can fairly be called rough or raw. Whatever: The market for smart phones is clearly much bigger than that for PCs and tablets combined. Indeed it is almost twice as big.

Speaking of fair, no, we can’t really compare smart phone and PC usage directly. But when you consider how people divide up their computing time, so to speak, few could disagree with the notion that many people are using some combination of these devices, and that a smart phone is almost always a piece of the story. The only real questions here are about where PC and tablet usage will end up, and that’s a story in the making as tablet usage is growing and PC sales are not.

For now, this much is clear: The smart phone is number one, and then there’s everything else. This suggests that platforms that target this market—Android and iOS, obviously, but also Windows Phone and Blackberry—should be considered as or more strategically important than traditional desktop PC OSes like Windows or Mac. Further, it’s an interesting point that the most successful tablet OSes—at least so far—are based on the OSes that target smart phones, not PCs.

That could change, but looking at things from the Microsoft side of the fence, one can only wonder why Microsoft hasn’t given Windows Phone more precedence or entrusted it to a more visible and experienced team. Stuck in Entertainment & Devices, Windows Phone isn’t really given a chance to shine.

There is one potential bright spot for Windows Phone in the IDC report, however: The firm notes that the biggest trend is “the emergence of Chinese companies among the leading smartphone vendors,” due to the emergence of China as the number one market for smart phones in the world, displacing the United States. Customers in China generally purchase lower-end phones that do those in the US, and that’s good news for Nokia, which has expanded its Lumia lineup over the past 12 months to include several low- and mid-level models. Apple, meanwhile, can only sell older iPhone devices as low-end alternatives; the company is rumored to be working on a truly inexpensive iPhone for China that won’t ship until late this year.

Will Nokia’s push to the low-end of the market bear fruit? It better, because the world has turned increasingly to the smart phone for its computing needs, and it’s doing that with or without Nokia and Windows Phone.