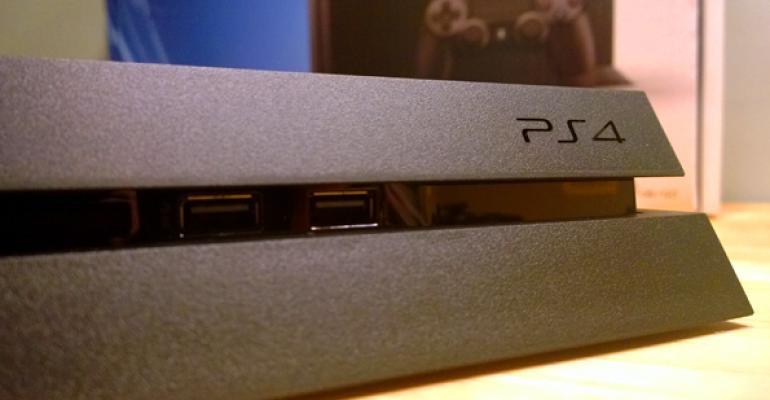 With no need for price cuts

Sony on Monday announced that it had sold 18.5 million PlayStation 4 consoles to consumers since the device's launch in November 13, further distancing the front-runner from the Xbox One. Furthermore, the consumer electronics firm sold 4.1 million PS4 consoles in the final six weeks of 2014 alone, a healthier-than-expected end to an already dominant year.

"We are absolutely delighted that so many customers around the globe have continued to select PS4 as their console of choice throughout this holiday season," Sony Computer Entertainment president and group CEO Andrew House says in a prepared statement. "We will continue to reinforce and deliver additional value on PS4 as the best place to play, by bringing even more exciting content and by enriching our wide array of service offerings."

Sony's success with the PS4 is particularly striking given assumptions that Xbox One price cuts throughout 2014 would finally put Microsoft's console on a level playing field with Sony. But Xbox One never outsold PS4 overall in 2014—despite outselling it in the United States in November thanks to massive discounting—and Sony has only extended its lead over Microsoft.

What's hard to determine is the extent of that lead: Microsoft rarely provides "sell through" numbers for its Xbox One and has this past year only reported figures for its sales into the retail channel. Furthermore, Microsoft has yet to provide any sales figures for the full holiday quarter. All we do know for sure is that the software giant had shipped over 10 million Xbox One consoles to retailers as of October 2014. Sony had previously said that it had sold 13.3 million PS4s by the end of that month.

Instead of offering specifics, Microsoft has pointed to less quantifiable success stories, all based solely on US sales. After offering a less expensive version of the Xbox One in June, the firm reported that Xbox One sales had "more than doubled in the United States" only, though it had never provided sales figures to which to compare. And in November, Microsoft said that Xbox One sales had "skyrocketed" thanks to a $50-off promotion that ended this past weekend. Sales in the US, we were told, had "tripled" week-over-week. Whatever that means.

Most awkwardly for Microsoft, the Xbox One is actually outselling its predecessor during a similar time frame, a fact that would be cause for celebration in Redmond if it weren't for Sony's even more stellar success. And unlike Microsoft, Sony hasn't had to cut the price of its own console at all. After a big launch splash, the PS4 has sold pretty consistently in the 2 million consoles-per-month range.

Hopefully, Microsoft will provide some actual sales numbers for the Xbox One soon.