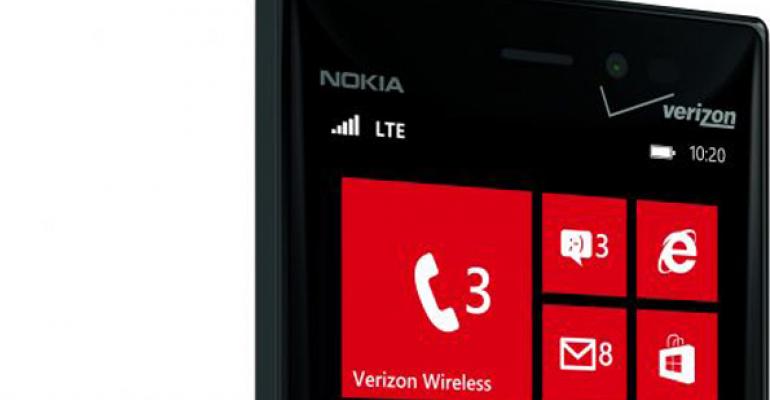 Nokia today announced that its next Windows Phone 8 handset, the Lumia 928, will ship exclusively on Verizon Wireless on May 16. As expected, the 928 is a Verizon version of the Lumia 920 that works with Verizon’s network. Unexpectedly, it’s really inexpensive, just $99 with a two year contract. Here’s some information about this new phone, plus a promo video and photos.

Note: Nokia is hosting a special event next week to discuss “what’s next” with the Lumia lineup. I had expected the 928 to be part of that announcement. I guess the 928 is “what’s now,” not “what’s next.”

Maybe that makes sense. Except for a few small differences, the Lumia 928 is exactly what it seems like: A Verizon version of the AT&T-based Lumia 920, previously Nokia’s “hero” phone. (Nokia calls the 928 “a new expression of the world's most innovative smartphone”)

Microphones. I’m not sure on this one, but Nokia says that the 928 includes “three high-audio-amplitude-capture microphones to make sure you can capture high-end, distortion-free audio even in the noisiest environments.” The microphones can “record sound naturally and distortion-free, up to 140db.”

Radio. The Lumia 928 is designed for the CDMA/4G LTE Verizon Wireless network.

Colors. Where the Lumia 920 is available in multiple colors—red, white, black, yellow, and cyan—the 928 is only available in black and white.

Otherwise, the 928 and 920 appear to be identical, right down to the battery.