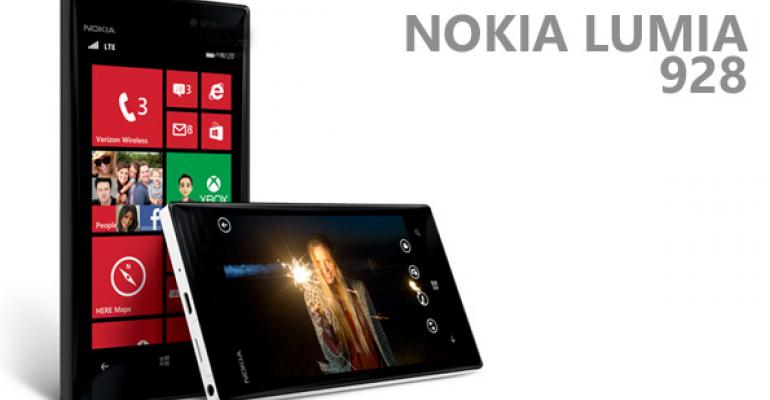 Nokia begins dribbling out information about the Lumia 928

Yesterday, I noted that Nokia had finally begun teasing its coming Verizon Wireless hero handset, the Lumia 928. Today, that teaser has been updated with a video showcasing a key feature of this Lumia 920 derivative: Its low light camera performance.

Check out Nokia Lumia 928 Teaser for the initial sneak peek.

Today, that Lumia 928 teaser web site has been updated with a video that shows off how well the 928—like the 920—works in low light situations. And if you get into it a bit, there are some nice side-by-side comparisons between the 928’s camera and that in the iPhone 5 and Samsung Galaxy S3. Suffice to say, there’s no contest. (Which won’t surprise anyone familiar with how well the 920 works in such situations.)

More updates are promised, and the page provides a sign-up form so you can find out more when the phone is officially announced.