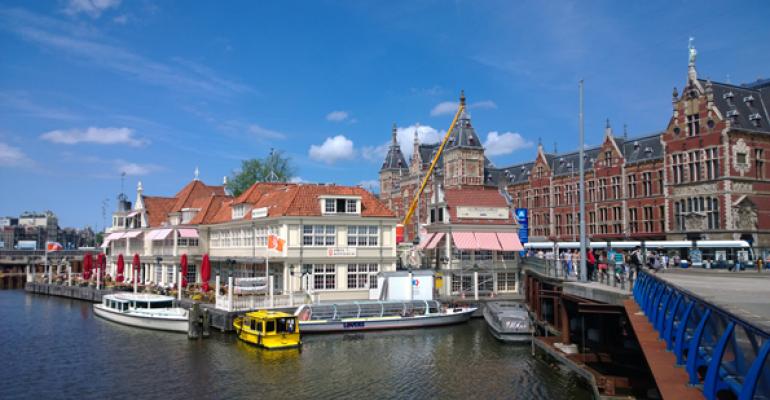 An absolutely wonderful replacement for a point-and-click camera

As smart phones have improved over the past few years, I’ve looked forward to the day when this device could finally replace a dedicated point-and-click camera for vacations, birthday parties and other special events. After a few false starts, that day has finally arrived, and just a few days into a three-week trip to Europe, I can see already that I’ll never need to buy another camera again.

This dream had its roots with the original iPhone, a smartphone of many firsts, among them a reasonably good camera. I even took a long weekend trip to Paris with an iPhone 3 or 3GS—I don’t recall anymore—that went fantastically wrong in that it was rainy and gloomy the whole time and the photos we took were mostly terrible. Lesson learned: After that, I kept bringing a “real” camera on big trips.

Perhaps not coincidentally, those cameras have improved over time as well. They picked up crazy optical zoom capabilities of 20-25X in recent models. They include GPS functionality so that the pictures they take are geo-tagged. You can get, though I did not, SD cards with Wi-Fi capabilities for wireless uploading. But all I was really looking for was reasonably good picture taking capabilities in a smart phone. One device. One device that could do it all.

Folks, the Lumia 1020 is very much that device.

We arrived in Amsterdam on Sunday, bleary-eyed and beat after a red eye from Boston to Dublin and then a shorter flight into Schiphol. Having received a loaner Lumia 1020 about ten days prior, I had taken a few hundred photos around town and in my home in order to test the camera, sure, but also more selfishly to determine whether this device would meet my vacation photo taking needs. The initial prognosis was good. Very good, really. But the proof is in the pictures.

I take a lot of pictures on trips like this. In this case, I’ve been looking at a few things, quality-wise. I knew the phone would perform well in low-light, which it has. I knew that it would work well out in the sun, as any smart phone camera does, and of course those pictures have been fantastic. But I was curious about adapting to the new style of zoom, and whether I’d miss the 20X zoom on my most recent camera. After all, these trips are meant to memorable. I don’t want those memories to be blurry or substandard.

They’re not. I’ve taken photos indoor and out, in bright sun, under cloudy skies, and through pouring rain. And while the 1020 isn’t a perfect 1:1 replacement for a point-and-click it is much more than adequate, leaping over rather than simply edging past the quality bar I had set for myself. I did bring my point-and-click camera on the trip, of course. But it hasn’t come out of my luggage once, and won’t.

Accurately depicting why this is so is difficult on a web site like this. The images I can display here are relatively tiny and don’t adequately express the true underlying quality. Too, you’ll need to accept that the range of photos I’m taking here are as good or better than the photos I’ve taken with a “real” camera on previous trips. I have no reason to lie about this, but I’m also not going to post full-resolution photos of all my vacation photos anywhere either. All I can say is, so far the results have been fantastic.

With that in mind, here are some shots I feel are emblematic of what I was looking for. (Each includes a zoomed-in version as well.)

Wife and kids in Dublin airport

I will post more pictures from the trip—and, yes, investigate ways to post in higher resolutions. As noted earlier, using the Lumia 1020 camera does require a bit of rethinking. And as I'll discuss in the days ahead, there are some pitfalls to be aware of as well. But I assume the point is clear: If what you’re concerned with is preserving memories, the Lumia 1020 has you covered.