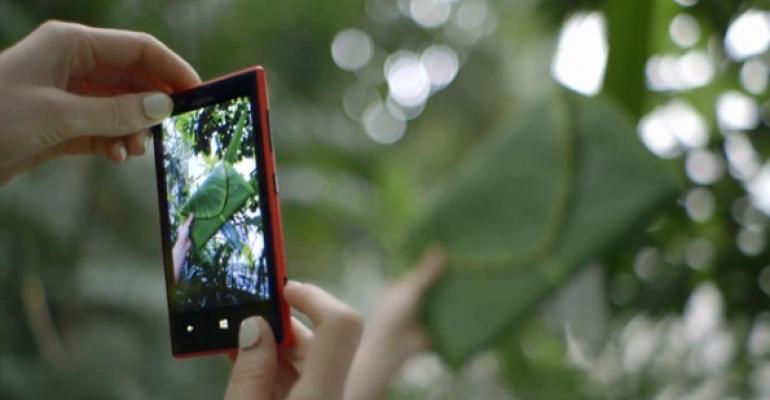 While I’ve been focusing on the Lumia 1020’s new Nokia Pro Camera app over the past few weeks for obvious reasons, this flagship smart phone also ships with a bevy of other useful apps. And many of them help you create amazing photos that nicely extend the capabilities of the device into fun new areas.

As a side-note, Windows Phone 8 supports something called Lens apps, which can function both as standalone apps (as on other smart phone platforms) or as an integrated part of the device’s camera experience. You can find out more about these types of apps in Windows Phone 8 Tip: Improve Your Camera with Lens Apps or my free new eBook, Paul Thurrott’s Guide to Windows Phone 8. Many of the apps mentioned here work this way, both as standalone apps and through of the Pro Camera app with the Lumia 1020.

As you may recall, I’ve been on vacation in Europe for the past three weeks and have been using the Lumia 1020 exhaustively during the trip. Most of my time with the device’s camera has come through the amazing new Pro Camera app as you’d expect. But I’ve also experimented here and there with some of the other photo apps that Nokia ships with the device.

If there’s one issue with these apps, it’s that they don’t take advantage of the camera’s native 41 megapixel resolution. I do expect at least some of them to be updated over time to do so, but for now you’re “stuck” with the 5 megapixel (3072 x 1728 pixels) photo type that the Pro Camera app creates for sharing rather than the full resolution (7712 x 4352 pixels) versions. For now at least, those higher resolution shots can only be had with Pro Camera.

That said, the shots are still generally excellent, with the caveat that some of them introduce their own app-specific possibilities for glitching, as you’ll see.

Since we are on vacation, I have taken a few panoramic shots, and Nokia bundles a serviceable Panorama app on its Lumia handsets. It seems to work well and stitches concurrent shots nicely using an on-screen wizard.

If you zoom in on these shots, the clarity is pretty incredible for a smart phone camera. In fact, these are arguably the best panoramas I’ve made with such a device.

Smart Camera is perhaps the most interesting of these other photo apps. It takes a set of photos in succession and then offers you a variety of fun choices. The first, Best Shot, makes absolutely no sense on the Lumia 1020, since the best shot is always taken with the Pro Camera app. But the other choices are very interesting, and unique.

The Action picture type displays multiple versions of a moving object in a scene. I had my kids walking back and forth inside a few cathedrals in Belgium, for example, and walking down stair cases in a museum.

Motion Focus blurs everything but the moving object(s) in the scene, creating a fun motion effect. My best results with this feature were with vehicles for whatever reason, but you can obviously use it for people running or playing sports too.

Change faces lets you take the best face for each person in a succession of shots, create one perfect photo in which no one is blinking or frowning. This works similarly to tools in desktop photo applications like Windows Photo Gallery.

And Remove Moving Objects helps eliminate people walking by a still area or whatever. For example, the photo used above can be redone with no people in it at all.

As its name suggests, Creative Studio is a complete photo editing studio in your phone,

First, you can pick an optical effect for a photo. If you’re a fan of Instagram or similar photo effects utilities, Creative Studio will be immediately obvious.

Then, you can choose from a variety of effects, including blur (focus object and radial + tilt shift), play (color pop and collage), adjust (color balance, brightness, clarity and vibrance), and fix (crop + rotate and red eye). This is a tool you could perhaps spend too much time in.

This inventive tool lets you create what is in effect an animated GIF, a special kind of photo in which part of the image is animated. It works like Smart Camera in that it takes a number of shots in rapid succession, but it then lets you convert the moving part of the image—or one moving part—into an animation. The effect can be fun, or even a little weird, as this heavily edited image of my daughter swinging a lanyard shows. (If there’s ever a “Shining” sequel made, she’s ready.) Notice that her shadow doesn’t move.

If there’s a major problem with these apps, it’s that the Pro Camera app is so good I frequently just forget to even try using something else. But these and other useful and fun photo apps are available for the Lumia 1020 and other Windows Phone handsets too. They’re worth knowing about.