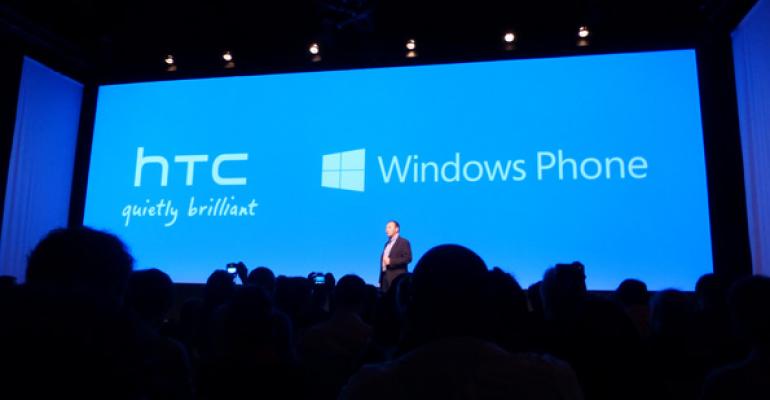 The consumer products review experts at Consumer Reports have examined the first Windows Phone 8 handsets and have rated them about as highly as competing iPhone and Android smartphones. As important, perhaps, they rated these devices much more highly than Windows Phone 7.5 handsets.

Though the HTC Windows Phone 8X and Nokia Lumia 920 both achieved an overall score of 76 from the firm, Consumer Reports noted that it preferred the HTC 8X overall thanks to its gorgeous form factor. This matches my opinion as well, as noted in What I Use: HTC Windows Phone 8X.

“While we were all excited to put the new operating system through its paces in our labs, we noticed something before we even turned some of the phones on: Several of them not only looked sleek but also really felt comfortable to hold,” Consumer Reports noted in a blog post. “The most comfortable-feeling phones to join our latest smart-phone Ratings were made by HTC, [including] the Windows Phone 8X for Verizon and AT&T.”

That 76 score doesn’t trail the best-reviewed phones by much: The LG Optimus G scored 79 with the firm, while the Samsung Galaxy S III hit 78 points. Apple’s iPhone 5 scored 77, as did the HTC One X+ and Samsung Galaxy Note II.

Looking at the Windows Phone 8 handsets, none of them scored below “Good” in any category, a first for Windows Phone.

The Nokia Lumia 920 was dinged for its “heft,” with Consumer Reports noting that the device is “one of the heaviest phones in [its] Ratings.” The 920 scored Excellent for ease of use, messaging, web browsing, display quality, and camera image quality, and “Very Good” scores in phoning and battery life. But voice quality, camera video quality, and portability were only rated “Good.”