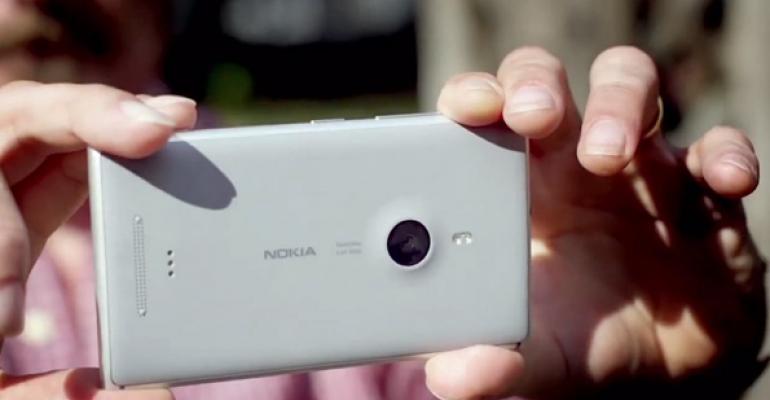 The latest version of Windows Phone 8 is pretty sweet

While I've been writing about individual Windows Phone 8 GDR2 features for the past week or so, this article will serve as a central repository for that information, with links to everything I've written and a wrap-up of the few remaining changes I've not yet covered. Here's everything you need to know about Windows Phone GDR2.

First, the name. GDR stands for "General Distribution Release," so as the name GDR2 hints, this is the second major set of updates for Windows Phone 8. The first, GDR1, was released in December 2012 and the next, GDR3, is near completion now and will add features like support for 1080p displays that are up to 5- or 6-inches diagonally.

In the aptly-named Windows Phone 8 GDR2, I provided a basic rundown of the then-known GDR2 feature-set. At the time, Microsoft announced that GDR2 would first ship with the Lumia 925 on T-Mobile, and it also shipped preinstalled on the Lumia 1020 (on AT&T) before heading out to other Windows Phone 8 handsets in August.

I discussed some hands-on experience with GDR2 in my Lumia 1020: A Peek at GDR2 and Amber. But as I eventually discovered, there was a lot more going on with GDR2 than was immediately obvious. So in August, I added information about GDR2 to Paul Thurrott's Windows Phone 8 and started writing a series of articles detailing key GDR2 features. These include:

FM radio. Previously available in Windows Phone 7.x, FM radio support curiously dropped off the face of the earth in the initial shipping version of Windows Phone 8. But it's back now with the recently released GDR2 update for Windows Phone 8.

Data Sense. Previously available only to Windows Phone 8 users on Verizon Wireless in the United States, the useful Data Sense feature is now being deployed more broadly to users who upgrade to the GDR2 update. The downside: Some carriers, including AT&T, have chosen to block this feature.

Camera improvements. In the GDR2 update to Windows Phone 8, Microsoft had made an important change to how the platform's camera capabilities work: Now, you can choose which app opens when you press your handset's Camera button. This change lets newer handsets like the Lumia 1020 come preconfigured with better camera apps, but it also lets any GDR2 user choose the app that works best for them.

Google account support. In late 2012, Google slipped a bombshell into an otherwise innocuous blog post, revealing that it would stop supporting Microsoft's Exchange ActiveSync (EAS) technology for users of its Gmail and Google Calendar services, a move that would eventually impact those users who wished to access Google services from their Windows Phone handsets. But with GDR2, Microsoft has changed the way Windows Phone interacts with Google accounts, and Gmail and Google Calendar will work normally for all users going forward.

Fix for the "Other" storage bug. The GDR2 update for Windows Phone 8 is now rolling out to customers, and among the many fixes in this release is one that has bedeviled users since the initial release of this platform. With GDR2, Windows Phone 8 can now automatically free up space in the device's internal storage by removing temporary, hidden files. But users with Nokia Lumia handsets don't need to wait: Those devices include a more proactive utility for fixing this issue.

But according to Microsoft, there are some other changes available in GDR2. These include:

Voicemail. Many users complained that Windows Phone 8 can't play voicemail files sent in WAV format as email attachments, as is common in many workplaces. In GDR2, Microsoft has added support for additional audio codecs so messages sent as WAV files play correctly.

Group messaging. While group messaging was generally available in the initial release of Windows Phone 8, it didn't work for Verizon Wireless customers. Now it does: You can enable this feature in Settings, Applications, Messaging.

Bluetooth. Users with certain vehicles—the 2011 Ford F150, 2012 Range Rover, and the Porsche Cayenne, among others—experienced audio cutout problems and other glitches when playing audio over Bluetooth. These issues were fixed in GDR2.

Internet Explorer. Microsoft's mobile browser has been updated to improve media playback, among other things.

Nothing is perfect. Not all of these features are available on every single Windows Phone 8 handset, depending on the device or restrictions from carriers or locales. And of course, not everyone has this update yet: As noted previously, the Lumia 920 is a notable laggard, at least as of now here in the US.

But in a time in which complaining about the lack of Windows Phone updates is perhaps too easy, it's worth mentioning that this second major update to the platform is indeed shipping. And that within the first year of Windows Phone 8's time in market, Microsoft will have delivered three meaningful sets of updates.

Honestly, that's not too shabby at all.