IoT World Today, a sister site to ITPro Today, connects IoT decision-makers and implementers, including those in the C-suite, IT and line-of-business managers. We inspire them by providing the latest news and analysis and case studies about technologies used in the Internet of Things, such as infrastructure, security, analytics and development tools. We capture the stories of IoT leaders imbuing intelligence across vertical industries. In addition, we are the exclusive content outlet for the IoT World trade show and conference series -- the world’s largest IoT events -- and feature advice and best practices from the subject matter experts who drive those events.

Recent
Recent
Solving the US Data Center Renewable Energy Puzzle
Jun 30, 2020
How the Pandemic Has Forced a New Normal in the Data Center
Jun 30, 2020
Open Source NAS Update: As Much about Development as Storage
Jun 30, 2020
FinOps Foundation Brings New Focus to Cloud Costs
Jun 30, 2020
Is the DevOps Model Killing the Developer? In a Word, No
Jun 29, 2020
Featured
Make Remote Working Work for the Enterprise
Oct 09, 2019
Windows 7 to 10 Migration Tools Buyer’s Guide
Jun 17, 2019
5 Key IT Skills for the New Decade
Jun 27, 2019
How Microsoft LAPS Can Help Improve Endpoint Security
Jun 29, 2020
Highlights 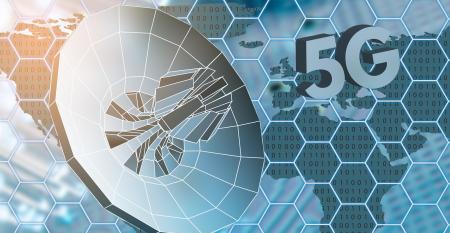 Will 5G Buildout Slow or Accelerate in the COVID-19 Era?
Apr 17, 2020
5G buildout may take a short-term hit given the economic downturn. But could it flourish longer term?

Edge Computing Benefits for AI Crystallizing
Feb 14, 2020
The prospect of performing AI at the edge is still mostly theoretical, but organizations are exploring potential...

Edge Computing Benefits for AI Crystallizing
Feb 05, 2020
The prospect of performing AI at the edge is still mostly theoretical, but organizations are exploring potential...

Building Hybrid Solutions for Google Cloud
Live Webinar: July 9th- Presented by Equinix and Google- join us for a discussion of successful hybrid cloud use cases and the infrastructure architectures that make them possible.

Election Security Remains a Pressing Concern
Feb 05, 2020
This year election security should be at the forefront for officials—and not just for voting infrastructure, but for infrastructure and industrial control systems (ICS) security.

Edge Computing Frameworks Abound—with None Yet Dominant
Jan 27, 2020
The edge will benefit from the developing frameworks—once the market coalesces around a leading framework.

Autonomous Systems Poised to Become the Norm in IT
Jan 27, 2020
As IoT adoption continues to grow, creating autonomous systems will become increasingly standard practice for IT.

2020 Predictions: IoT Market to Expand, but Challenges Remain
Dec 13, 2019
It seems like every December, predictions come out proclaiming growth for the IoT market next year. That’s true for 2020, but...

2020 Predictions: Edge Computing Use Cases Become a Reality
Dec 13, 2019
We take a look at the most compelling edge computing use cases and which industries they will be in.

PwC Exec Shares Insights on Digital Transformation Strategy
Dec 04, 2019
Executing a successful digital transformation strategy may be a necessity in the long-run, but can be tricky. A PwC leader sheds light on the subject.
Load More