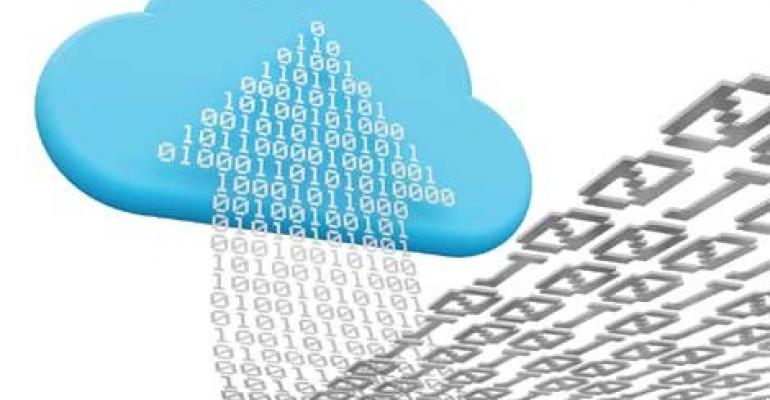 Veeam Quietly Builds '$1B Unicorn' in Backup and Recovery

Attention continues to flood the software-defined storage space, where backup is a latecomer to data center modernization.

Veeam is one company in the software defined storage space that has built a sizable business largely through word of mouth and community. A 100-percent-channel business, it’s not quite a household name, despite it being called a “billion-dollar unicorn” in the enterprise backup and recovery, and data de-duplication segment.

Veeam refers to itself as availability for the modern data center. Sramana Mitra, an entrepreneur and a strategy consultant in Silicon Valley since 1994, was the person who recently called it a “billion dollar unicorn”. Veeam is not interested in funding or going public, despite its healthy growth, making it somewhat of an anomaly in the market.

One of the downsides to this approach, according to Veeam’s Doug Hazelman, vice president of product strategy, is the company is almost punished for not needing to raise funding.

“One of my biggest frustrations is company valuation,” said Hazelman. “The only way they get a valuation is funding. Valuation is not funding, but the revenues the company is bringing in.”

Hazelman argues that funding rounds are leading to a misconception that this technology is new, whereas the company has been doing it for several years. The space has recently gained significant attention, with funding serving as a PR move as much as providing capital to grow the business.

Veeam’s growth has been unimpeded. The company recently announced it crossed $1 billion in bookings since releasing its first product in 2007 and that it anticipated reaching $1 billion in revenue annually by 2018. Forecasted bookings for 2015 are $500 million.

The modern data center is built on virtualization as well as modern storage and cloud. The idea behind this is the always-on business. In that modernization, one area has been left behind: backup and recovery.

“They modernized the data center, but not backups,” said Doug Hazelman. “Legacy backup was designed and built for physical solutions. That’s how things had to be in the physical world. Agent backup didn’t work.”

The company leveraged some early VMware capabilities to provide agentless backup. It first provided backup and recovery software with de-duplicated storage seven years ago. It has built a customer list of over 100,000, many of whom are value-add resellers, managed service providers, or cloud service providers.

The latest version of its platform, Version 8, was released last year. The company reported over 45,000 customers had upgraded in the first 90 days. Hazelman said the new feature he’s most happy about is Cloud Connect, which allows a VAR to build Veeam-powered services and go to market. Out of the gate with a number of launch partners, the company should have initial numbers for the program very soon.

Hazelman argues that legacy backup vendors were slow to adopt virtualization and slow to innovate. “Companies are looking at days or hours to recover, but when they look at the requirements, you need recovery time to be less than 15 minutes. Any more and users complain.”

The innovation, according to Hazelman, is in the mid market and below. As the company moves forward, it’s focusing more on the enterprise in addition to its midmarket bread and butter however, and with that come new challenges.

“The first thing in enterprise is scalability,” said Hazelman. “We updated our platform to be scalable and distributed. There’s a fine line we have to walk [in serving both mid market and enterprise]. We have almost all the enterprise features, but we need to not make it too complex to use.”

Some of those enterprise features include tape support for regulatory and compliance reasons and encryption.

Veeam has been completely self-funded from the beginning and profitable since 2009. Ratmir Timashev and Andrei Baronov, the sole owners, founded the firm in 2006. The founders were behind Aelita Software, a company started from a dorm that sold to Quest Software in 2004 for $100 million.

One of the biggest milestones came in 2010 with the release of Version 5. The company provided an underlying technology that allowed you to run a virtual machine from a backup file for near-instant VM recovery in under 3 minutes. The company holds patents on the technology. Version 7 included WAN acceleration to help move large files and data from site to site.