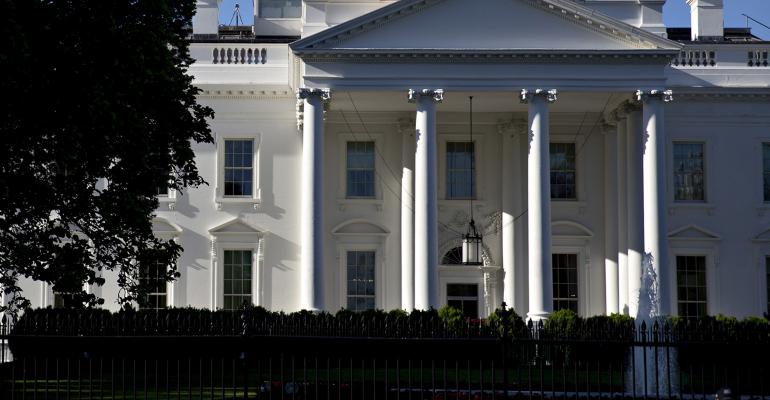 Bloomberg
The White House stands in Washington, D.C., U.S., on Tuesday, May 16, 2017. President Donald Trump defended wanting to share terrorism intelligence with Russian officials in a White House meeting last week, saying he has the absolute right to do so. Photographer: Andrew Harrer/Bloomberg
Security>Endpoint Protection

(Bloomberg) --The White House is banning its employees from using personal mobile phones while at work in the West Wing, despite concerns among some staffers that they’ll be cut off from children and other relatives trying to reach them.

“The security and integrity of the technology systems at the White House is a top priority for the Trump administration and therefore starting next week the use of all personal devices for both guests and staff will no longer be allowed in the West Wing,” press secretary Sarah Huckabee Sanders said in a statement Thursday. “Staff will be able to conduct business on their government-issued devices and continue working hard on behalf of the American people.”

There are too many devices connected to the White House wireless network, and personal phones aren’t as secure as those issued by the federal government, said an official who spoke on condition of anonymity to discuss an internal White House matter.

Aides who opposed the ban said they cannot use their work phones for personal use, and that work phones can’t accommodate texting. They believe the ban will be a hardship because texting is often the easiest way for their families to reach them in the middle of a busy day of meetings.