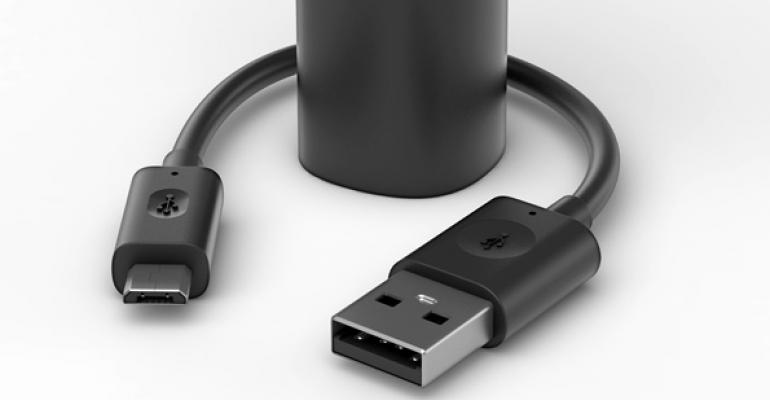 A gotta-have-it accessory for almost any gadget user

Sometimes, it’s the little things. In this case, I mean that both literally and figuratively: Nokia’s Portable USB Charger DC-16 is both physically small and fulfills a need that many gadget fans don’t even admit they have. But it’s a must-have companion for any traveler, or anyone with a smart phone that can’t even pretend to offer all-day battery life.

In the old days—which, believe me, I’m not otherwise longing for—our phones always had easily removable batteries. So if you were serious about battery life, you could simply buy an additional battery and pack the tiny thing away until it was needed. But the release of Apple’s iPhone in 2007 ushered in a number of changes, not all of which fall under the heading of “innovation.” And today’s smart phones and other portable devices eschew removable batteries for thinner sealed units. Likewise, battery life is often far lower than what we need for real-world use. And many devices, tiny and light as they are, can’t make it through the day.

Since Apple will never admit to the downsides of its products, you’ll never see the Apple equivalent of the Nokia Portable USB Charger DC-16. Instead, the many partners that are riding on the back of the iPhone juggernaut have created a bewildering array of larger, external batteries for the iPhone, many of which are proprietary to that device. (And many of which, sadly, destroy its sleek lines and low weight by piggybacking on it like a giant hunchback.)

Turns out there’s a better way.

The Nokia portable USB charger is a thin and light tube that has a different kind of USB port on either side, and it ships with a short USB cable that accommodates both types of ports: One normal USB port and one micro-USB port. To charge a Nokia Lumia or any other smart phone or device—it is universal, after all—simply plug the large USB port into the appropriate receptacle on the charger and the micro-USB port into the phone or device. Voila.

You can tap the micro-USB end of the charger at any time to check the charge as well; it’s a button, and when you tap it, the lights come on temporarily so you can see where things stand.

It even comes in various Lumia-friendly colors—magenta, cyan, white, and black—for the fashion conscious. A traditionalist, I went with black. What’s missing, alas, is the USB-based power brick for wall-charging the unit. This is something that comes with virtually all smart phones, of course, and I have dozens of them already. But good to know.

So far, I’ve been testing the charger around town, and it works well. The real test will be next week’s trip, where I’ll keep the phone plugged in to it during a flight and try to register how much of its reserve was used up. But ultimately, this device only needs to get my phone through the day to be worthwhile for my needs. And it clearly exceeds that handily.

In a perfect world, we wouldn’t need a device like this. But since we don’t live in such a place, the Portable USB Charger DC-16 is a great little investment for almost any gadget user, and it will work with whatever device have now, and whatever device you get next. (Well, if you go Apple, you’ll need an adapter. Don’t make that mistake.) It’s small and light enough not to be noticed at all in any bag, and you could even toss it in a pocket if you aren’t bringing a bag.

If there’s any serious downside to the charger, it’s that it’s hard to find. AT&T wireless carries it for about $35, but if you shop on Amazon, you’ll discover—and you really have to look to see this—that the three resellers carrying it are all international. I mistakenly ordered through Amazon and had to wait for Royal Mail in the UK to deliver it to me in the US.