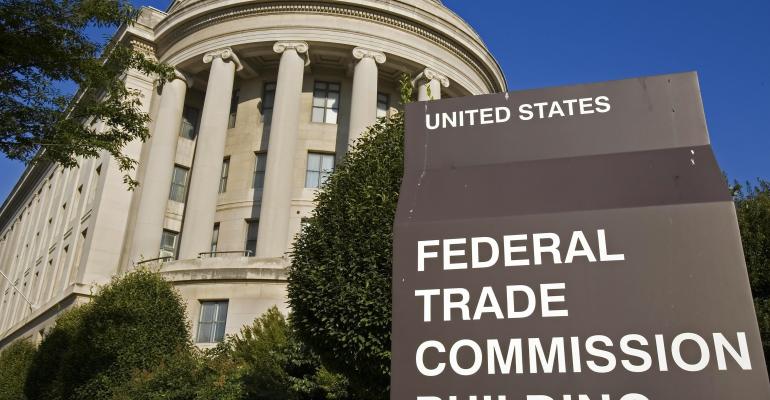 FTC Chairman Joe Simons, who is leading a broad review of the technology sector, said in an interview Tuesday that breaking up a company is challenging, but could be the right remedy to rein in dominant companies and restore competition.

(Bloomberg) -- The head of the U.S. Federal Trade Commission said he’s prepared to break up major technology platforms if necessary by undoing their past mergers as his agency investigates whether companies including Facebook Inc. are harming competition.

FTC Chairman Joe Simons, who is leading a broad review of the technology sector, said in an interview Tuesday that breaking up a company is challenging, but could be the right remedy to rein in dominant companies and restore competition.

“If you have to, you do it,” Simons said about breaking up tech companies. “It’s not ideal because it’s very messy. But if you have to you have to.”

Simons is overseeing a tech task force to examine conduct in the industry and could move to unwind mergers if investigators find the deals were anticompetitive. The agency has opened a broad investigation into Facebook, including whether the company acquired startups to thwart competition, according to people familiar with the matter.

Antitrust experts and lawmakers argue that giant tech companies have used a wave of takeovers of startups to shut down competition by buying -- and eliminating -- emerging rivals.

Facebook bought photo-sharing site Instagram in 2012 and WhatsApp, a messaging service, in 2014. The FTC approved both acquisitions at the time. Critics including Facebook co-founder Chris Hughes have called for antitrust enforcers to unwind those deals.

U.S. antitrust officials could move to undo the acquisitions even though they previously won approval, Simons said. The FTC could say “we made a mistake,” he said. A breakup would require court approval

Facebook CEO Mark Zuckerberg has said he welcomes regulation, but that breaking up the company wouldn’t address legislators’ privacy and data concerns. In fact, Facebook argues that its size actually enables it to do the things that regulators want to see, such as better policing of content, which would be much harder if Instagram or WhatsApp were separate companies.

The FTC is examining conduct of tech companies in parallel with the Justice Department’s antitrust division, which in July announced a broad inquiry into the biggest online platforms to determine whether they are harming competition. The announcement cited concerns about search, social media and online retail, suggesting at least partial overlap with the FTC’s investigation of Facebook.

Simons said an agreement between the FTC and the Justice Department to divide scrutiny of the tech industry is based on specific conduct, not on the companies themselves. One company could potentially be investigated by both agencies, though he declined to provide details about their agreement.

“It’s possible for sure that we could be investigating the same company at the same time but just for different conduct,” he said. Simons said, for example, that the FTC could scrutinize Amazon.com Inc. for buying a grocer, because of the agency’s expertise in the supermarket sector, while the Justice Department would probably look at, say, the purchase of a music-streaming site.

William Kovacic, a former FTC commissioner now at George Washington University’s law school, called it “nuts” to take one company and split investigations into its conduct. The agencies have frequently fought over tech because it’s high profile and because it overlaps with other sectors, he said.

“It is bizarre to take these enormously complicated institutions and enterprises and have two separate teams of analysts looking at the same enterprise,” Kovacic said. “It will be a source of real frustration and confusion for the companies if that’s how they’re dividing things unless there’s cooperation.”

The FTC and the Justice Department are stepping up scrutiny of the tech industry amid a bipartisan outcry in Washington to rein in the power of the dominant companies.

Presidential candidate Elizabeth Warren, a Massachusetts senator, has been among the most outspoken about targeting Facebook, Alphabet Inc.’s Google and Amazon, saying earlier this year that they have too much power and should be broken up. The companies are “using mergers to limit competition” by buying competitors, she said, citing Facebook’s deal for Instagram, Google‘s acquisition of mapping company Waze and Amazon.com’s takeover of Diapers.com.

Simons didn’t confirm details of the Facebook investigation beyond what the company disclosed in July, when it said that the FTC had initiated a broad probe into several business lines -- social media, digital advertising and mobile applications. Any inquiry into its past acquisitions would focus on what would have happened to those companies if they hadn’t been bought by Facebook, Simons said.

“There’s a question about what caused Instagram to be as successful as it is,” Simons said. “Was it the fact that the seed was already there and it was going to be germinated no matter what or was the seed germinated because Facebook acquired it?”