Read through for comprehensive resources on compliance, including strategic best practices and the latest on GDPR and other compliance measures. 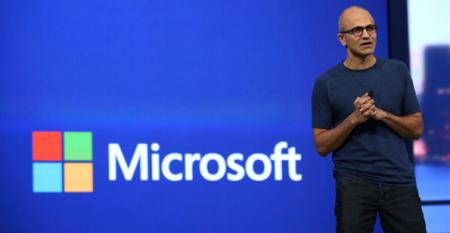 Microsoft CEO Says U.S.-China Spat May Hurt Global Growth
Jan 21, 2020
“All you are doing is increasing transaction costs for everybody if you completely separate,” Nadella said in an interview with Bloomberg...

California Will Be Key Battleground in Tech Privacy Fight in 2020
Jan 02, 2020
California’s law gives people the right to learn what personal data companies have collected and for them to...

Does Ethical AI Require the Regulation of AI?
Dec 13, 2019
AI Summit indicates that ethical AI is a top-of-mind issue for policymakers.

FTC Eyes Suit to Block Facebook Plan to Merge Apps
Dec 13, 2019
Facebook’s integration plan, announced in January, has come under criticism from those who say the move would make it harder to break up Facebook as part of any antitrust case against the company.

Apple Keeps Payments Tech for Itself and Europe Has Had Enough
Dec 12, 2019
“Access to technical interfaces is now a key competitive factor for payment systems,” said a spokeswoman for the Association of German Banks. “The same conditions should apply to all market participants.”

Google, Facebook Market Power Gets More Scrutiny in Australia
Dec 12, 2019
“I want us to be the model jurisdiction in the world for how we are dealing with digital platforms,” said Australian Prime Minister Scott Morrison. “We have regulation and restrictions that were written for an analog economy.”

Banks Facing Data Crisis May Need Political Help, Denmark Warns
Dec 09, 2019
The concern is that banks need to comply with strict regulatory requirements to protect client data. But their industry is being infiltrated by competitors that aren’t necessarily subject to the same rules.

Vestager Gears Up for Tech Czar Role With Warning Over Data
Nov 21, 2019
“We need strong enforcement, because only then will the right to control our data become a reality in people’s lives,” Vestager...

Google, Facebook, Amazon, Apple Push Back on House Tech Concerns
Nov 19, 2019
Here’s what the four companies said in response to questions by the House subcommittee overseeing the antitrust probe.

Big Tech Acting Like Banks Should Face Same Rules, Germany Says
Nov 18, 2019
Large technology companies like Apple and Google parent Alphabet are increasingly offering financial services to boost revenue and gain greater access to the data that is at the heart of their business models.

Amazon Antitrust Complaint Lodged in U.S. Gets Attention in EU
Nov 18, 2019
The EU’s request could add a new strand to the antitrust probe it opened in July that’s looking into how Amazon’s retail arm uses data gathered on marketplace merchants to gain an advantage.