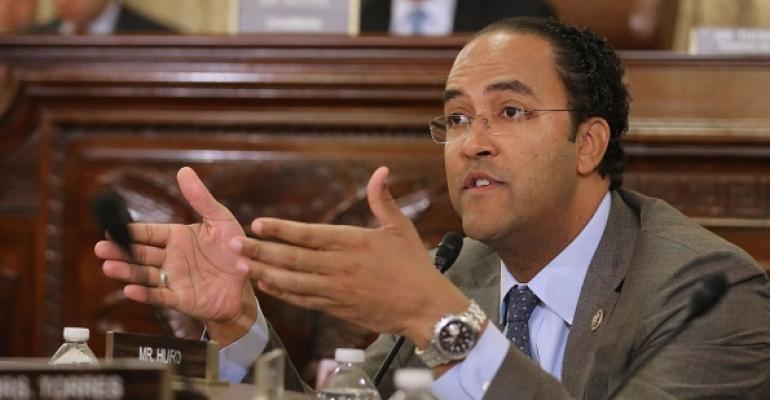 The bipartisan bill aims to reduce wasteful IT spending and incentivize federal government agencies move to the cloud.

The Senate passed the Modernizing Government Technology (MGT) Act earlier this week as part of an amendment to the National Defense Authorization Act (NDAA). The bipartisan bill aims to reduce wasteful IT spending and incentivize federal government agencies move to the cloud.

The MGT Act, first introduced last year, passed the House in May, and is expected to be signed into law by the end of the year.

Central to the MGT Act is a working capital fund, which is composed of the savings federal agencies earn when they update technology through doing things like replacing legacy products and moving to the cloud, according to a statement by U.S. Representative Will Hurd (R-TX), who serves as Chairman of the House Information Technology Subcommittee.

“The amount of money that our federal government spends on antiquated technology is mindboggling. Outdated technology policies and poor cybersecurity hygiene have riddled government agencies for decades, leaving our digital information vulnerable to hacks and costing taxpayers billions,” Hurd said in a statement. “By incentivizing the transition to modern technology, we will allow the government to harness cutting-edge technologies, use each dollar more efficiently, strengthen our digital infrastructure and improve government services for everyone. I thank my colleagues in both the House and Senate for working together to get the MGT Act one step closer to the finish line.”

According to Lexology, the working capital funds would be established at 24 federal agencies. The MGT provisions would also set up a separate $500 million modernization fund within the Department of the Treasury, to be administered by the GSA, to improve IT across the federal government.

As a report by FCW explains, agencies can self-fund their IT working capital funds by “identifying savings from existing programs, and parking those savings in the fund for up to three years, before they allocate these funds to modernization, the cloud, cyber security and digital transformation initiatives.”

“This flexibility is a game-changer, but only if agency CIOs, CAOs, chief financial officers and program executives change their own game plan by proactively aligning agency resources and developing the needed skills to identify and capture available savings,” FCW writes.

A number of technology groups came out in support of the MGT Act, including the IT Alliance for Public Sector, Security Industry Association, and BSA | The Software Alliance. In a letter to lawmakers, the groups said that given increasing cybersecurity threats and the fact that the federal government spends around 80 percent of its annual IT budget to maintain legacy systems, it’s critical to “shift funding emphasis to investment in innovation and modernization of government IT.”

One of the top drivers of cloud adoption at the federal level is legacy systems reaching their end of life, according to a report by MeriTalk.

The bill comes as the Trump administration has been working with tech leaders from companies like Apple and Google to provide guidance on how the government can use technology more effectively.

This week the government closed the comment period for feedback from industry and other stakeholders on its Federal IT Modernization report, which “outlines the current and envisioned state of Federal IT, and it provides specific recommendations to jumpstart a new wave of modernization efforts.”