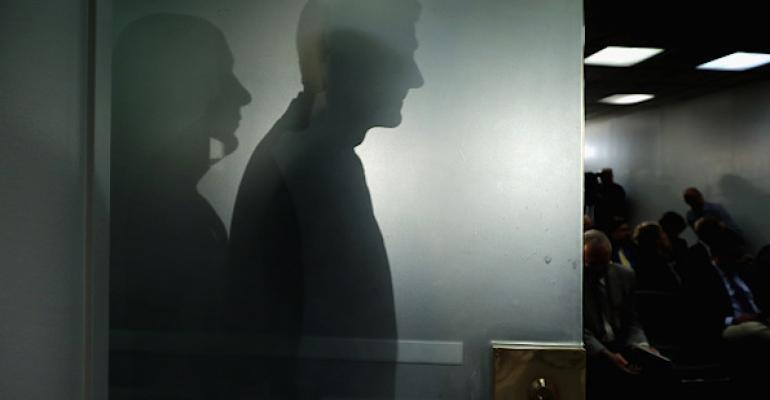 The Cloud-First, Mobile-First Culture Clash Shaping Up For IT

There's a story over on Wired today, "How to Digitally Erase All Your Stuff When You Quit Your Job," which provides some basic advice that might prove useful to relatively new job market entrants. It's the usual -- get all your photos and music off the hard drive of the computer you do not actually own, forward any emails you want to keep to the repository of your choosing, de-authorize your computer if you had it authorized for Apple Music, nuke your browser history, cookies and saved passwords, etc. There is nothing in the piece that is not common sense.

What is notable is below in the comment section. A few diligent IT professionals have weighed in, pointing out things like:

What you need to advise people on is to not use company equipment for any personal use. Period.

YOU DO NOT OWN anything on Company devices...not the email account they gave you, not the smart phone they gave you. Not even the pictures of your child's 2nd birthday.

If you work for a company, and they pay you to produce a product with their equipment, then they own everything on the equipment. Gotta keep work and life separate - keep personal information on your personal devices.

These folks aren't wrong. But I am not sure being right is enough.

In an ideal world, people would do nothing but work on their work machines. But imagine how that plays out when someone goes on a business trip. Do they carry two mobile phones so their boss can only call them at 6 a.m. on the work line and their kids can FaceTime them at 7 p.m. on the home one? Do they balance a bulky, 2000s-era laptop on their knees and try to do business when their sleek, powerful personal tablet sits in their bag?

We've had a decade or so of companies quietly benefiting from their workers using their own data plans, their own tablets and phones or their own tech to improve their workplace performance. As far as many workers are concerned, that's changed the answer to the question, "Who gets to draw the line between work and personal computing activity?"

People who have been covering the Bring Your Own Device (BYOD) trend have noted how the blurring of the bright line between work and personal computing presents all sorts of problems for workers. The comments above make it clear on-premises IT admins are facing a looming culture shift.

We're entering the age of mobile-first, cloud-first, IT-department-last users. They'll put all sorts of stuff on work-related machines. But then they'll also take anything they want off the machines, and put it wherever they please.

I've jokingly called this "shadow IT." And here's how it works: Instead of opening the Microsoft Office apps installed on your hard drive and licensed to your organization, you open a Google App. Or you open your copy of Word in your personal Office 365 account. You share what you need to with your coworkers, either through document sharing or email, but the work you've done stays in your personal archive.

You set up and maintain your work schedule on the Google Calendar you're likely already using for the stuff you do outside the working hours.

If you save files, you don't save them to a hard drive, but to the OneNote or Evernote or Dropbox or Google Drive accounts you have.

Even if your organization is trying -- they've got Yammer, they're encouraging people to use the calendaring tools in Outlook, they're hitting you up via Lync -- you're not buying in. You're setting up Slack channels with your coworkers, and you're regarding your company email as a necessary evil. Let the company back up your computer to their servers -- there's nothing on there worth having because you've got an If This Then That recipe that automatically sends anything useful to your private offsite archive.

Your machine is effectively a dummy terminal; all the good stuff lives someplace else.

In short, shadow IT moves a company's workflow -- and the related assets -- off the company's premises and into the hands of the employees.

This can be a nightmare situation for any company, and it explains why a lot of companies have done things like bar access to Dropbox, the suite of Google apps or other cloud-based services on their company networks. There's a reason why there's an abundance of traffic-monitoring and site-blocking tools at any computing show.

But if decades of widespread Internet use should have taught anyone anything, it's that any block soon spawns a workaround. Google "dropbox firewall workaround" and see what I mean.

Sure, IT can crack down by blocking all sorts of sites. It can make policies that attempt to redraw the formerly bright line between work and home. But that's a very 1990s approach to a 2010s world. And in this 2010s workplace, companies are fine with expecting people to handle social media issues at zero-dark-thirty in the morning, answer email on vacation, or time-shift their meetings to accommodate another time zone. Workers have figured that if the work/not-work lines really are that fluid and conditional, then so are the activities they do on their work/not-work devices.

On-premises IT departments have it hard. They're caught between opposing work-culture forces, they're tasked to enforce all sorts of policies that aren't rooted in how people actually work, and then, lurking in the shadows, are the tools that can undermine all their good efforts.

The question to answer in the next decade or so is how companies will handle a workforce that's increasingly comprised of workers who have erased the bright line that used to live on an employer's machine, and redrawn it around their own personal cloud.