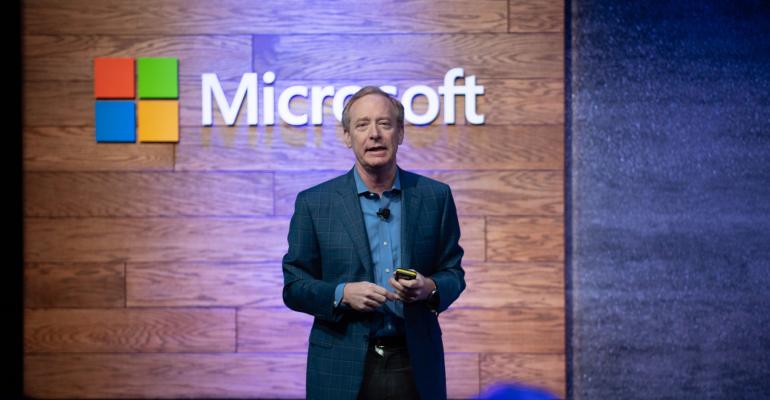 Microsoft Says It Will Work With Unions, With Eye on Activision

Microsoft’s statement comes against the backdrop of a swell of labor organization in the U.S., including in industries and at companies where such efforts have traditionally struggled or failed.

(Bloomberg) -- Microsoft Corp. said it will work with labor groups when workers wish to join them, taking a pre-emptive stance amid a wave of union organizing in the tech industry and ahead of its acquisition of Activision Blizzard Inc., home of the first labor union in the gaming industry.

In a blog post outlining the company’s principles on engaging with employees, Microsoft President and Vice Chair Brad Smith wrote that workers “will never need to organize to have a dialogue with Microsoft’s leaders,” but that the software giant recognizes some employees in some countries may choose to join a labor organization.

“We respect this right, and do not believe that our employees or the company’s other stakeholders benefit by resisting lawful employee efforts to participate in protected activities, including forming or joining a union,” Smith wrote in the Thursday post. “We are committed to creative and collaborative approaches with unions when employees wish to exercise their rights and Microsoft is presented with a specific unionization proposal.”

Brad Smith, president of Microsoft Corp., speaks during a presentation on affordable housing in Bellevue, Washington, U.S., on Thursday, Jan. 17, 2019. Microsoft Corp. said it will spend $500 million to develop affordable housing and help alleviate homelessness in the Seattle area, responding to a growing regional housing crisis that has strained the finances of many lower- and middle-income residents.

The Redmond, Washington-based company is seeking regulatory approval for its $69 billion purchase of Activision, which was announced in January. Video game testers at Activision Blizzard’s Raven Software subsidiary voted on last month to form a union with the Communications Workers of America, a first for a US-listed game company. Nineteen quality assurance testers at Raven, who assess the performance of games in the lucrative Call of Duty series, voted for legal recognition of the union they’d first organized in January. Three voted against.

Microsoft’s statement comes against the backdrop of a swell of labor organization in the U.S., including in industries and at companies where such efforts have traditionally struggled or failed. Among recent actions at other Seattle-area companies, workers at more than 60 Starbucks Corp. locations in 17 states have voted to join Workers United, an affiliate of the Service Employees International Union, following the lead and advice of first-mover baristas in Buffalo. Staffers at about 175 more Starbucks have petitioned the federal government for votes of their own. And Amazon.com Inc. workers at a New York warehouse voted to join an upstart labor union, ending more than 25 years in which company managed to keep unions out.

Smith said Microsoft sees that the workplace is changing. “While relationships with labor organizations are not new to Microsoft, we know that we have a lot to learn,” he wrote.