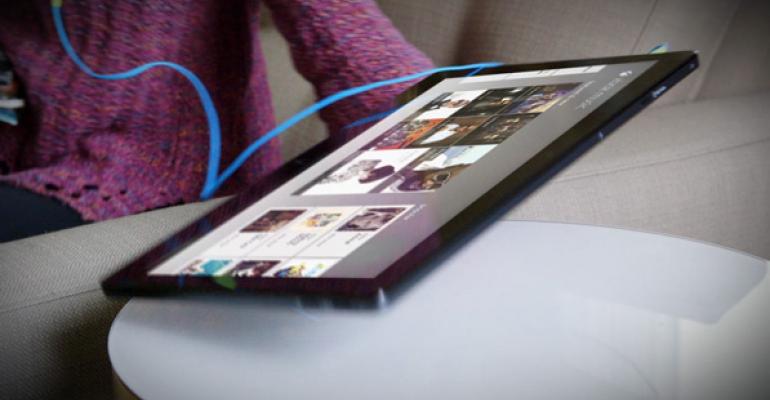 Despite some limitations, a great free service for Windows 8/RT users

In the buildup to my free mini-book about Xbox Music, I thought it might make sense to step through the various features that make up this all-in-one digital music service. First up, the free streaming capability that is available only on Windows 8.

As the world’s first all-in-one digital music service, Xbox Music combines functionality that consumers would otherwise need to obtain from multiple incompatible services. Key among these is the ability to stream music from Microsoft’s voluminous cloud-based catalog of music. On Windows 8 only, you can stream the entire Xbox Music catalog for free.

“Windows 8 is the only operating system on a tablet that can do free streaming because of the rights we’ve secured,” Microsoft corporate vice president Yusuf Mehdi said when the Xbox Music service launched back in October. “It’s a great reason to buy Windows 8.”

There are some significant caveats that accompany this capability, of course. These include:

Internet required. You must be online in order to stream music from Xbox Music because nothing is downloaded to the PC. So this capability does not work offline.

Xbox Music app. You can only use the Xbox Music app in Windows 8—which Microsoft notes “comes pre-installed and is the default music player for the new operating system”—to stream music for free from Xbox Music.

Ad supported. While the streaming of the Xbox Music catalog is indeed free, the service is ad-supported. So you will occasionally hear short audio ads, similar to what you might hear on the radio or a podcast.

Unlimited for six months only. While the Xbox Music free streaming capability is unlimited for the first six months, it will be limited to 10 hours of streaming per month after that initial period.

It’s not the entire catalog. While much of the Xbox Music catalog is available for streaming, not all of it is. For example, you cannot stream music from Led Zeppelin.

Assuming you can live with these limitations, the ability to stream a significant collection of cloud-based music on demand is fairly compelling, and while other services—Pandora, Spotify, many others—do offer this ability, the selling point of Xbox Music is that it offers so many other services as well. (I’ll be writing about each in turn soon.) Xbox Music lets you stream songs, albums, or Smart DJ playlists, which are like radio stations based on a favorite artist.

Xbox LIVE Gold. If you pay for Xbox Live Gold ($59.99 per year) and Xbox Music Pass, you can stream music on the Xbox 360 as well, again without advertisements. Microsoft does not allow you to download music to the Xbox 360 for offline use, however.