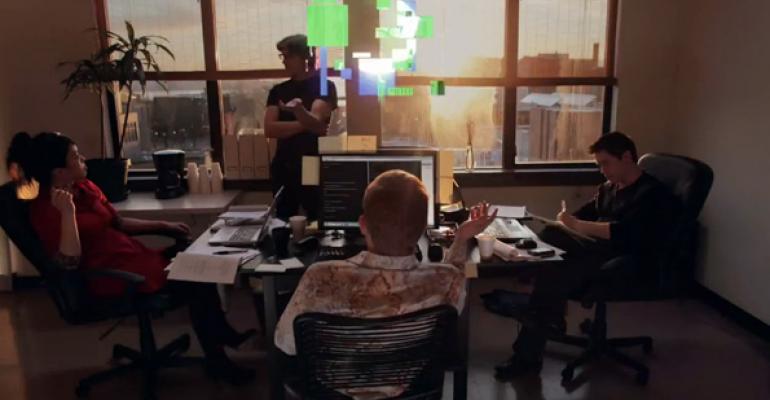 As a backgrounder, the current version of this product, Windows Server 2012 Essentials, is aimed at small business customers and is a replacement of sorts for a variety of earlier products like Windows Small Business Server Essentials 2011 and Standard 2011, Windows Home Server 2011, and Windows Storage Server Essentials 2008 R2. It offers super-simple domain set up and management, Office 365 integration via a Dashboard add-in, centralized PC and server backup, media sharing, and remote access capabilities. You can read my article Windows Server 2012 Essentials for more information.

I use and recommend Essentials. But I have to admit that I was a bit nervous about whether Microsoft would continue evolving this Windows Server offering given the relatively small market opportunity. So it was with some sense of surprise that I discovered Microsoft wasn’t just forging forward but was in fact greatly expanding the capabilities of this version of Windows Server.

According to Microsoft, Essentials R2 targets a market of 90 million potential businesses—75 million traditional small businesses plus about 15 million mid-market businesses—a segment that is notably under-served by on-premises servers. But with small businesses expected to order over 28 million servers by 2017, and hosters showing interest in such an option, the market is there.

So what about Essentials R2?

But the biggest conceptual changes in Windows Server 2012 Essentials R2 are cloud-related. In this version, Microsoft is optimizing the release for hosters so that they can offer this release virtually. And even those who purchase Essentials R2 on physical hardware as before will often be able to choose between two install types (depending on the server maker): A traditional install, as before, or a virtual machine install on top of Hyper-V Server that comes with some interesting additional benefits.

These benefits are related to cloud services, which come either from Azure (which can offer some services only to VM-hosted OSes) or email and backup solutions from server makers or their partners. For example, Essentials R2 is picking up compatibility with Azure Active Directory (AAD, Azure Recovery Service and Azure Online Backup. (The Azure Recovery Service is interesting because it requires that the OS being recovered runs within a virtual machine. Other services like this are coming soon, too, Microsoft says.)

Office 365 is now integrated into the product instead of requiring an add-in. So if you connect the server to an Office 365 subscription, you gain additional capabilities throughout the Dashboard. The Users view now supports both Distribution Groups and User Groups, and the former integrates with Distribution Groups in Office 365. You can now have up to 100 users if you use the Essentials role in Windows Server Standard, but still 25 with the standalone Essentials SKU.

In addition to connecting PCs as before, you can now connect mobile devices too, including Windows Phones, iPhones, iPads, and Android devices. These devices can be controlled (through Office 365) with Exchange ActiveSync (EAS) capabilities like Remote Wipe and device blocking, and you can configure EAS policies right from the Essentials R2 Dashboard. The Essentials role supports up to 200 PCs and devices on Windows Server 2012 Standard R2.

Essentials R2 of course picks up the new Storage Spaces capabilities in the broader Server R2, and you can now access Office 365 SharePoint libraries directly from the Storage view in Dashboard.

For users, Remote Web Access has been completely redesigned to be touch-enabled and it looks and works an awful lot like the SkyDrive web interface, with large color tiles and a top-mounted opaque toolbar. This interface provides web-based access to shared folders, devices, links, and your media library, and to Office 365 if you’ve connected this service. There are improvements all over here. It’s all based on HTML 5 now (previously, the media stuff required Silverlight) and works on all popular mobile devices.

Where Essentials 2012 required terrible agent software on clients, Essentials R2 tones these down significantly—the Launchpad is now closed by default because most users hated it—and new My Server apps for Windows 8/RT and Windows Phone 8 provide friendlier access to the everyday stuff that users need. New offline capabilities let you sync server folders to the client and access them when offline, and then resync when you’re connected to the server again.

There’s more, of course, but I’ll hold off for my Windows Server 2012 Essentials R2 Preview write-up so I can see how this stuff works in actual use. That preview should ship by the end of June, and while Microsoft isn’t talking up the final release quite yet, I think it’s safe to say you’ll see it by the end of the year.