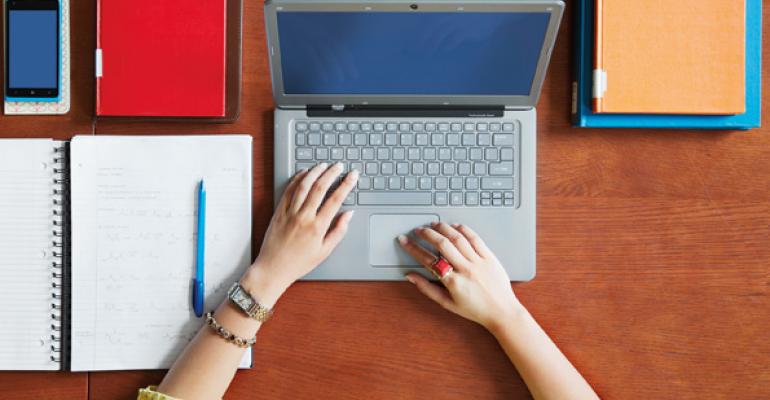 Windows 8.1 Tip: Optimize for the Desktop

Desktop users are finally welcome to the future of computing

When Microsoft first released the “touch-first” Windows 8/RT in late 2012, customers cried foul. Here was an OS that seemed designed almost solely for the non-existent audience of Windows tablet users while ignoring the needs of over a billion traditional PC users. Well, Microsoft listened. And with the Windows 8.1 update, Windows 8/RT users finally have a first-class desktop experience in which you can almost completely obliterate every trace of that touch-first “Metro” interface. Here’s how.

Most readers of this site are probably familiar with the fact that Windows 8.1 brings back the Start button. There’s nothing you need to do to gain access to this retro UI: It’s on the desktop’s taskbar by default (and can in fact not be removed), just as it was with previous versions of Windows.

Looking past the Start button, there are a series of other settings changes you can make to Windows 8/RT with Windows 8.1 that will bring back previous functionality and remove annoying Metro interfaces that just get in the way of those who will be staying primarily or solely in the desktop environment. Almost all of these settings are available from the same place: The new Navigation pane in the Taskbar and Navigation Properties window.

There are a few ways to find this interface, but we’re using the desktop here, so right-click on a blank area of the taskbar and choose Properties. Then, in the Taskbar and Navigation Properties window that appears, select the Navigation pane.

The pertinent settings are:

Boot to desktop. If you would like to skip right past that Start screen and navigate directly to the desktop every time you boot the desktop or sign in to your account, check the option titled Go to the desktop instead of Start when I sign in.

Disable (some) mouse access to Switcher. Windows 8 confusingly adds a second app switching interface, called Switcher, which treats the desktop and all of the applications running within like a single Metro-style app. But desktop users are better off using the traditional Windows Flip (ALT + TAB) app switching interface because it treats both Metro apps and desktop applications like the standalone entities they are. In Windows 8.1, you can disable one of the two “hot corner” methods of activating Switcher—mouse into the upper left corner of the screen—but not the keyboard shortcut (WINKEY + TAB) or the second hot corner method (mouse into the lower left corner of the screen). To do so, uncheck the option titled When I click the upper-left corner, switch between my recent apps.

Disable (some) mouse access to Charms. Windows 8 also adds a new Charms interface that lets you access new system-level services, almost none of which are applicable to the desktop. In Windows 8.1, you can disable one of the two “hot corner” methods of activating the Charms—mouse into the upper right corner of the screen—but not the keyboard shortcut (WINKEY + C) or the second hot corner method (mouse into the lower right corner of the screen). To do so, uncheck the option titled When I point to the upper-right corner, show the charms.

(Mostly) replace the Start screen with the Apps view. While there’s no way to configure Windows to use the retro Start menu in place of the new Start screen, desktop users can change what happens when they click the Start button, so that it navigates to the new Apps view instead. This view, while a full-screen Metro experience and thus annoying to some, may still be preferable to the Start screen because it only shows app/application icons and not live tiles. To enable this change, check the option titled Show the Apps view automatically when I go to Start. To make this functionality even more useful and less jarring, also check the option titled List desktop apps first in the Apps view when it’s sorted by category and Show my desktop background on Start. The net effect is that the Apps view will appear to display on top of the desktop, like so:

Note: Be sure to select By Category from the drop-down next to the Apps header in the Apps view for this settings change to be complete. Also, note that you can still view the Start screen by clicking the arrow icon in Apps view.

Disable app switching completely. This one is a bit radical, and I don’t actually recommend it, but for those who wish to completely disable both the Metro-style Switcher interface and Metro-style app switching entirely, you can do so. Ironically, you do this from a Metro interface, PC Settings, however. To do so, type WINKEY + I and then choose Change PC Settings from the bottom of the Settings pane. In PC Settings, navigate to PC & Devices and then Corners & Edges. There, disable the setting titled Allow switching between recent apps. No more Switcher. No more WINKEY + TAB. No more switching between Metro apps. Again, not recommended, but there it is.

And don’t forget that the newly-improved power-user menu is available from the desktop, too: Right-click the Start button to display it and access a ton of useful desktop features like Power Options, System, Control Panel, and even Shutdown/Sleep/Restart.

I’ve not tested this yet in Windows 8.1, but I suspect that third party utilities such as Stardock’s Start8 will be modified to support this new update and allow those users to still use a classic or hybrid Start menu in place of the Start or Apps experiences. That’s your call. But the changes and tips noted above should satisfy all but the most strong-minded Metro haters.

Got any more tips for desktop users? Let me know.