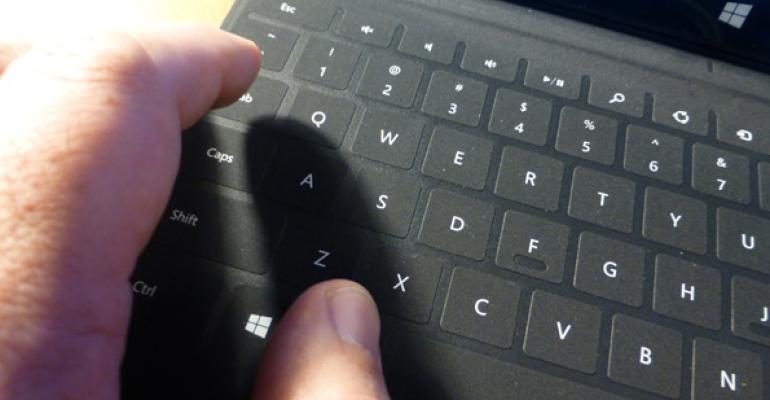 While the iPad has certain ecosystem advantages over the recently-released Surface with Windows RT, Microsoft’s entry does of course edge out the Apple device in some key areas as well. And if you’re actually trying to get work done, the ability to easily task switch on the Surface—using any input method, not just touch—is a huge advantage over the iPad.

I’ve said it before, and I’ll say it again: Apple could seriously close the productivity gap between its iPad and the Surface (and other Windows devices) by adding one crucial missing feature to iOS: Simply allow users to task switch by using the ALT + TAB (or, on Apple keyboards, COMMAND + TAB) keyboard combination. Today, even those iPad users with keyboards need to actually reach up and touch the screen to switch back and forth between apps. That’s just not tedious, it’s counterproductive.

On Surface with Windows RT, as with all Windows devices, you have choice. And if you’re a keyboard user, the previous app is just a simple and well-understood key combination (ALT + TAB) away. So even when you’re using full-screen Metro-style apps, you can quickly move back and forth between two or more them, something that is not possible, or easy, on the iPad.

Task switching isn’t just about ALT + TAB, which is technically called Windows Flip. Windows 8 and RT also offer the Metro-style Switcher interface (WINKEY + TAB), which can be activated by mouse, trackpad gestures, or by multi-touch as well. And you can swipe between running Metro-style apps, a la the iPad, by swiping across the entire screen horizontally.

And make sure you understand the distinction: Yeah, it works with a mouse too. Or a stylus. Or a trackpad, with multi-touch gestures. Your choice.

And Surface (and Windows RT and 8 in general) offers another nicety that’s not available on the iPad: Side-by-side apps. Using the new Snap feature, you can place any two Metro-style apps (or a Metro-style app and the desktop) side-by-side on the screen together, where one app is the primary app and the other is said to be snapped to the side.

While this view is not perfect for all situations, it does offer a key productivity-related advantage over the iPad too, cementing the iPad’s role as a purely consumption device.