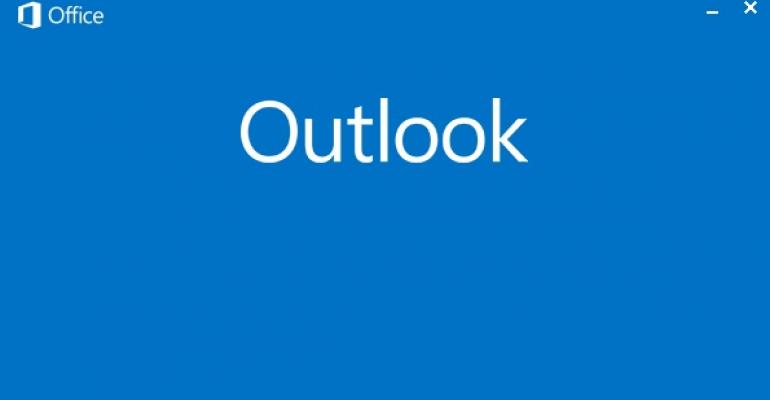 When Microsoft release Windows RT with specially compiled versions of Word, Excel, PowerPoint, and OneNote, speculation about the absence of an Outlook desktop application began almost immediately. Rumors have suggested over time that Microsoft had in fact created a version of Outlook for Windows RT, with the reasons for it not being released differing from source to source.

I just learned a bit more about this situation. And if you’ve been pining for Outlook on Windows RT, it’s good news.

While visiting the Microsoft campus this week, I ran into two people—neither of whom actually work for the firm—that had Microsoft Outlook on their Surface with Windows RT tablets. So I can at least verify that it’s real—that is the software has actually been created and is in shipping form—but then a trusted source of mine had previously confirmed that tidbit.

It’s perhaps more interesting that Outlook RT has made its way outside of Microsoft as well. This suggests that it’s much closer to an actual release, though I have no information about when that might happen.

I was told, however, that Outlook RT didn’t make the cut for the initial release of Windows RT because of a firmware bug in the ARM chipset that would cause the application to hang or crash over time. This is different from what a source had told me previously—something about battery life issues—but neither Outlook RT user professed to notice anything like that. Interesting.

And while I don’t know how or when Outlook RT could be implemented—previously, a source told me it   would not be free, or bundled with Windows RT, suggesting that it could be made available as part of an Office 365 subscription—I do have one final related tidbit: Microsoft will not ship Office for iPad until it gets Outlook RT out the door. The inference was that it would be ridiculous for the firm to provide Outlook to iPad users before it did so on its own Windows RT system. But this also suggests that Office for iPad will include Outlook, which I have to say is a bit surprising.

Put simply, I can’t speak to the veracity of theories about why it was delayed or its relationship to Office on iPad, but I can at least confirm that Outlook RT exists, and is out in the world. And that should only be viewed as good news for those who believe the availability of this one desktop application could put Windows RT over the top.