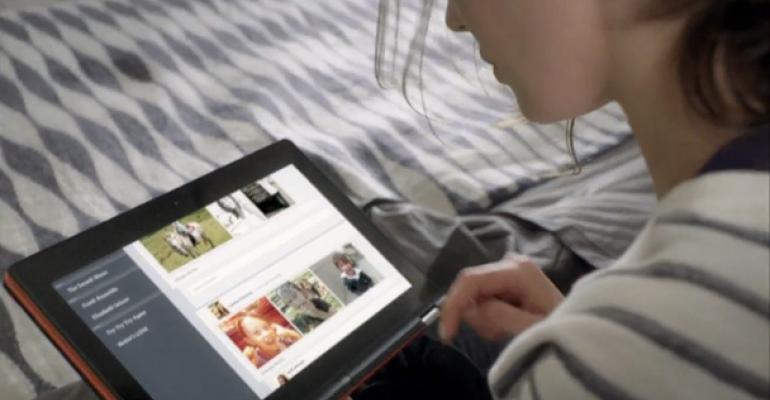 The State of Windows Tablets

Again and again, people ask me which Windows tablet they should buy. But the state of Windows tablets circa mid-2013 is decidedly uncertain and for now I caution would-be buyers to wait. Things are going get much better in holiday quarter when Haswell- and Windows 8.1-based devices appear.

This is not necessarily the advice you want to hear, I get that. And based on the reactions to my article Surface RT at $350: Time to Buy?, many simply aren’t interested in hearing the truth, especially when it’s stated so starkly. Sorry.

But Surface RT and Windows RT are just the tip of the iceberg. Everywhere I look there are Windows tablets that are simply too flawed to recommend. For this reason, I’d like to first throw you a bone before diving in. It’s clear to me that another Thurrottian outburst about the failings of anything related to Microsoft is simply too much for some of you to bear. So in the interests of empathy, I’ll give you this one:

While virtually all of today’s Windows tablets are worthless, many touch-based Windows Ultrabooks and other PCs are in fact quite excellent. And when you consider that we are in a transitionary phase, moving from the monolithic PCs of the past to the highly portable devices of the future, maybe the best approach, circa-2013, is to buy a transitionary device and wait for the tablet stuff to figure itself out. That is, rather than buying a tablet, or some crazy transforming hoo-hickey, just get a gosh-darned Ultrabook. With touch.

I’ve read recently that people aren’t interested in touch-based PCs. That’s ludicrous. As anyone who has actually used such a machine will tell you, once you go touch, you can’t stop touching all screens. On my daily use Ultrabook, a 2012-era Samsung Series 9 without touch, I routinely reach for those big, rectangular Metro buttons and start tapping the dead screen, and am curiously unable to stop doing so. Touch won’t replace the mouse or trackpad, but it is absolutely an excellent additional way to interact with what’s on-screen. Don’t discount this. It’s very natural.

Looking at the situation today, I see that not much has changed since April when I wrote Windows 8/RT: State of the Tablet/Hybrid Hardware. Windows 8 tablets just haven’t arrived yet.

But don’t take (only) my word for it. In its survey of the Top 10 iPad Alternatives, only 1 is a Windows tablet. That tablet, the Surface Pro, scored 3.5 out of 5 stars and came in 5th. But it is also, by far, the most expensive device on the list (and that includes all iPads), which is of course the main issue I have with this device. The other 8 are all Android devices and two of them earned Editor’s Choice Awards.

Laptop Magazine also provides a handy (and in this case, relevant) list of Top 7 Windows 8 Tablets. What’s odd to me is that none of these are actually very good. I have, sitting here in front of me, the top two devices—the Lenovo ThinkPad Tablet 2, which I’ve refused to review because it’s so terrible, and the Samsung ATIV Smart PC 700T, which in my case has stopped working because the keyboard base won’t connect well enough to the tablet screen to charge it anymore. Regardless, I think it’s telling that of the “top 7” Windows tablets, the top score is 4 stars and many of these devices scored only 3 stars. This is a collection of middling devices, and only one of them (the Lenovo) earned an Editor’s Choice award.

Looking around my own office, this is what I see. A Surface RT that is beautiful and light and gets great battery life but is worthless and frustrating in use because of its horrible performance. A Surface Pro that is thick and heavy and gets only 4.5 hours of battery life while providing the weird combination of a small screen with a very high resolution. A Samsung ATIV Smart PC 500T (Clover Trail based) that would be laughable from a performance perspective if it weren’t for that Surface RT. (Actually, it’s still terrible.) That 700T that won’t charge anymore unless I plug the power cord into the tablet itself … which, wait for it, you can’t do while the keyboard is connected.

There’s the ThinkPad Tablet 2, which requires such a ludicrous combination of tangling wires to charge both the unit and the keyboard that I think it may have been secretly designed by M.C. Escher. There’s a Lenovo Yoga 11 (not the S, which is a nice little Ultrabook), another small and elegant machine ruined by Windows RT. And there is of course the Acer Iconia W3, that most disappointing of mini-tablets with a screen so bad I have to go back in time a decade to find a precedent so lacking. And that’s just what I can see from where I’m sitting. (I’m purposefully excluding the Samsung prototype tablet from Build 2011. That wouldn’t be fair.)

I can’t recommend any of these machines without a lengthy discussion of their limitations and problems.

The issue on the tablet side, generally—and this is true of both Windows 8 and RT—is that the “Metro” ecosystem simply hasn’t evolved at the pace that Microsoft, I, or others had expected. The app selection is still low and, more problematically, still of amazing low quality overall. Even the games selection, currently excellent on Windows Phone 8, is severely lacking. This is astonishing. (And seriously, how hard is it to port Windows Phone 8 games to Windows 8? Why doesn’t this happen automatically?)

The issue with the Windows 8 stuff specifically is that while these systems do indeed provide the compatibility that RT lacks, they do so in ways that are horribly compromised. With an Atom (Clover Trail) based system, you’re stuck with terrible performance, so even though you could theoretically run Photoshop and iTunes and Visual Studio, the experience would be awful. On many mainstream Windows tablets, you can run these applications easily but only for a little while because of battery life concerns. Catch-22. (Oddly, Windows 8-based Ultrabooks typically offer great battery life. I can’t explain this.)

Things are going to get better. Intel’s new generation Core processors, codenamed Haswell, appear to have solved the battery life issue. And Windows 8.1 appears to solve many of the issues users have highlighted in Windows 8, such as desktop display scaling. Both of these improvements suggest to me that waiting is in order, as Haswell- and Windows 8.1-based tablets will be plentiful in just a few months.

Furthermore, we’re still in that weird transitionary era where it’s not clear which types of tablet and tablet-like systems make the most sense, and which will survive. Roughly speaking, we’re still dealing with first generation Windows 8/RT hardware. When it comes to tablets specifically, you should wait for second generation (or Windows 8.1 era) hardware, I think.

If you’re in the market for a PC right now, buy a PC, ideally a touch-based Ultrabook. But if you’re in the mood for a tablet/companion device and simply must have Windows, wait. This is simply not the right time to buy a Windows tablet.