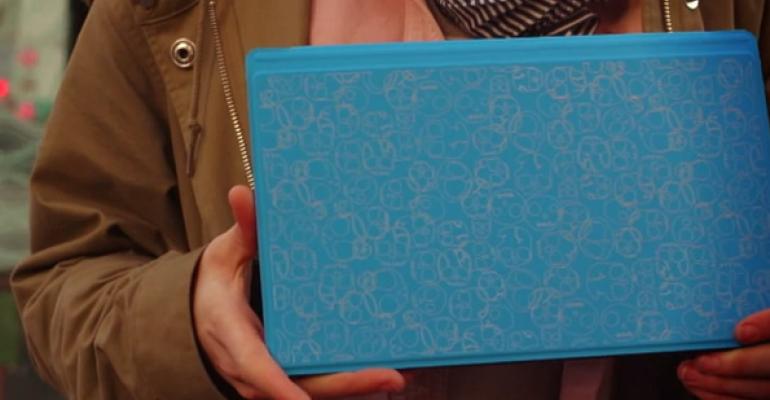 I don’t normally report on each month’s set of “Patch Tuesday” updates since it’s mostly just security updates that everyone should be installing automatically. But this month includes three surprises, including firmware updates for both the Surface Pro and Surface RT tablets, and a major update to Internet Explorer 10 that completely reverses the way this browser handles Adobe Flash.

The most notable of these updates, perhaps, is the first-ever firmware update for Microsoft’s Surface with Windows 8 Pro tablet. This update, dubbed the March update, includes the following changes, according to Microsoft:

·         Improved onscreen keyboard detection synchronization when going in and out of sleep.

If it’s unclear why this is a big deal, Windows To Go is normally a feature of Windows 8 Enterprise only. Another reason to choose Surface Pro?

Surface RT’s fourth firmware update—the device first shipped back in October 2012, so there’s been one every month since—is also called the March update. This one includes the following changes:

·         Improved Type and Touch cover typing experience on soft surfaces and when devices and keyboard are lying flat.

I wrote a news story about this yesterday—see Microsoft Flip-Flop Fixes Flash—but Microsoft also delivered a very interesting update for Internet Explorer 10 for Windows 8 and Windows RT. Basically, it completely changes how the browser handles Adobe Flash on these two operating systems.

If you’ve been following the Flash drama for the past few years, you may recall that Microsoft first stated its intention to focus primarily on HTML 5 for web-based video delivery almost three years ago in a post to the IEBlog called, appropriately enough, HTML5 Video. At the time, IE GM Dean Hachamovitch said that Flash had some issues around reliability, security, and performance, and that Flash was “an important part of delivering a good consumer experience on today’s web.”

In May 2012, Rafael Rivera and I wrote about Microsoft’s plans to include Flash as part of IE 10 in Windows 8 Secrets: Internet Explorer 10 will Ship with Adobe Flash. That Microsoft would actually embed a subset of Flash in its own browser was quite surprising, as was the news that it would create a white list called the Compatibility View list that would contain the only Flash-based sites that would work in the Metro versions of IE 10 in Windows 8/RT (and the desktop IE 10 in RT).

Of course, lots of people didn’t like this decision. So this week’s change, which literally amounts to a total reversal of the previous policy, is quite interesting indeed. Now, IE 10 will allow all Flash sites to work, except for those that are in the Compatibility View list. So that CV list has effectively switched from a white list to a black list.

“We are updating Internet Explorer 10 in Windows 8 and Windows RT to enable Flash content to run by default,” Microsoft group program manager Rob Mauceri explains in a post to the IEBlog. “On Windows 8, all Flash content continues to be enabled for IE on the desktop … Of the thousands of domains tested for Flash compatibility to date, we have found fewer than 4 percent are still incompatible, in the most part because the core site experience requires other ActiveX controls in addition to Flash … With today’s update to Windows 8 and Windows RT, consumers can experience more of the Web by default.”

It’s interesting that the three issues that Hachamovitch originally raises about Flash three years ago—reliability, security, and performance—are still the issues we’re concerned with today. But it appears that Flash is too important to ignore, despite the continued evolution of HTML 5-based video online. Somewhere Steve Jobs must be very unhappy with this.