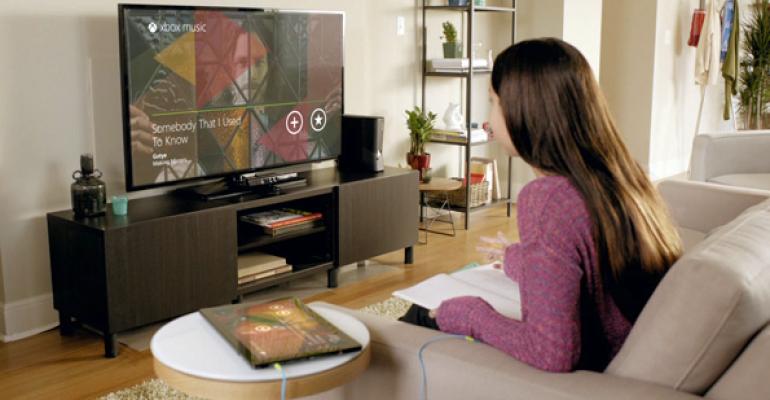 The Next Mini-Book: Xbox Music

Xbox Music works different across Windows 8/RT, Windows Phone 8, and Xbox 360, so it's a nice, confusing topic to tackle

Based on the feedback I’ve received from Windows Phone Book and my Amazon Cloud Player chapter/mini-book, I’ve decided that my next side writing project will be a mini-book about Xbox Music. This topic is excellent because it’s self-contained and is still amazingly confusing, with a strange array of mandatory and optional subscription services, depending on which devices you wish to use with the service. The mini-book will focus on Xbox Music usage on Windows 8/RT, Windows Phone 8, and Xbox 360.

There are a lot of questions to answer about Xbox Music, and a lot of confusion. The functionality varies wildly between the three device types, as does the availability of the various Xbox Music services and features. For example, you can match music to the Xbox Music cloud collection service in Windows 8/RT without an Xbox Live Gold account, but you can’t access that matched music over-the-air from Windows Phone 8 unless you do have a Gold account. Likewise, with Windows 8, you get free streaming access to the Xbox Music library for six months—sort of an “Xbox Music Pass light”-type service—and then limited streaming after that; but to access this functionality on Windows Phone 8 or Xbox 360, you need the paid Xbox Music Pass subscription.

Xbox Music is really a set of services that includes:

Xbox Music Store. As with services such as iTunes and Amazon MP3, you can purchase digital songs or albums in a high-quality DRM-free format and listen to them on any modern device. Microsoft offers over 18 million songs in its store. (Microsoft promises over 30 million tracks overall, though not all music is available in all markets.)

Personal music library. You can play your own music collection—which you may have acquired by ripping your own CDs, buying music from other services, or elsewhere, on Windows 8/RT, Windows Phone, and the Xbox 360. You can also create your own playlists in Xbox Music, on each supported platform.

Music discovery. Xbox Music offers integrated search capabilities on each device type and the ability to create Smart DJ mixes, which are special plalists, like custom radio stations, which are based on a favorite artist (or, on Windows Phone only, on albums or songs).

Free music streaming. Windows 8 and RT users can stream the Xbox Music collection to their PCs and devices. This service is unlimited for the first six months of usage and is then limited to 10 hours per month. (However, it’s always unlimited if you subscribe to Xbox Music Pass.)

Xbox Music Pass. A subscription service ($9.99 per month or $99.90 per year) that gives you streaming access to Microsoft’s music collection across Windows 8/RT PCs and devices, Windows Phone handsets, and the Xbox 360 console, and downloadable/offline access to those songs on Windows 8/RT and Windows Phone. Xbox Music Pass also enables playlist sync between each support device type.

Music matching. On Windows 8/RT, you can match your own music to Microsoft’s cloud collection and this music will be made available to you, over the Internet, on other Windows 8/RT and PC devices and, if you have an Xbox Music Pass, via your Windows Phone 8 handset.

Xbox Smart Glass. You can control your Xbox 360 console with a Windows 8/RT PC or device or a Windows Phone 8 handset using this interesting mobile app.

More is coming in the future, including unspecified social features that I assume will be based in part with the Zune Social features from the previous version of these services, and the expansion of Xbox Music to other devices, including iOS (iPhone, iPod touch, and iPad), and Android. So this will represent a good chance for me to expand the mini-book after it’s done as features are added and the services are improved.

I’m thinking this thing should come in at under 50 pages in Word with screenshots, but we’ll see.

Questions/comments? Let me know. I suspect this one is a lot more confusing for people than some other potential topics.