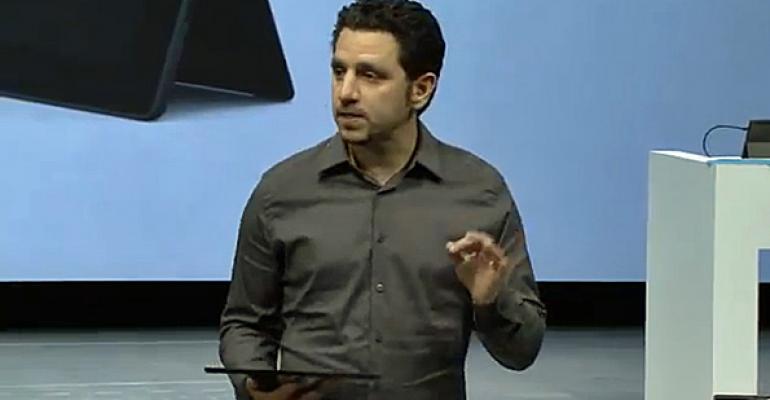 As expected, the Surface Pro will cost about the same as an Ultrabook

Microsoft today revealed the pricing scheme for the upcoming Windows 8 version of its Surface tablet. The devices will cost $900 to $1000, depending on storage, with Touch and Type covers being a separate, added cost.

The two Surface Pro versions include:

While the Surface Pro utilizes the same VaporMg casing, dual 2x2 MIMO antennas and kickstand as the Surface RT, Panay also highlighted some differences between the two Surface versions:

Mini DisplayPort. Where Surface RT includes a micro-HDMI port capable of driving a 1920 x 1080 display, the Surface Pro includes mini-DisplayPort, good for driving an external display up to 2560 x 1440 resolution.

Pen input. Whereasthe Surface RT lacks a capacitive digitizer on its screen, Surface Pro includes one. “This is an amazing feature for all you note-takers or document editors out there, especially since it has expanded capacitive and digitizing technology we’re calling Palm Block that will prevent your handwriting from getting interrupted if you accidently place your palm on the screen as you write,” Panay notes. “This feature is pretty cool, and allows for a great inking experience alongside a great touch experience when needed.”

Windows 7 application and hardware compatibility. Because Surface Pro runs Windows 8 Pro, and not the more limited Windows RT, it “will run your current Windows 7 desktop applications – it’s a full PC AND a tablet.”

There are a number of other specifications that Panay skipped over, and of course most of this was previously known. You can find out more on the Surface web site.