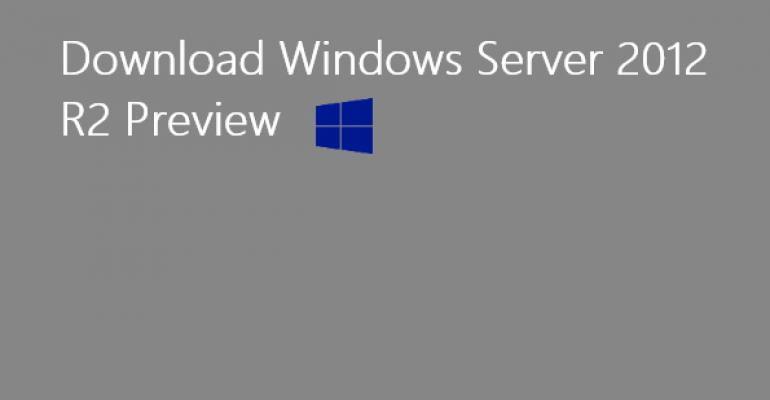 Coincident with the start of Tech Ed Europe, Microsoft on Tuesday made preview versions of Windows Server 2012 R2, System Center 2012 R2 and SQL Server 2014 available for download. These solutions will ship in final form in late 2013 or early 2014 and are part of Microsoft’s “Blue” wave of product updates that also includes Windows 8.1 for Windows 8 and RT.

The Window 8.1 Preview will be available on Wednesday, and I will be posting an enormous number of Windows 8.1 “hands-on” articles tomorrow morning as a result. For now, however, let’s see what’s happening on the server side.

Here are the downloads.